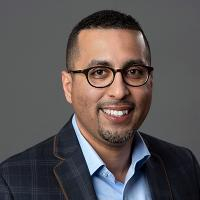 The Three Questions video series features new and innovative thinkers from the field of restorative practices and beyond. In each episode, a special guest is asked three engaging questions by John W. Bailie, Ph.D., IIRP President, that center around themes of leadership and organizational culture.

Episode 2 of the Three Questions video series features Steven Lozada, MBA, PCC, PMP. Steven is the President and Chief Coach at Upward Mindset, a consulting firm that specializes in emotional intelligence, motivation, and how values shape leadership and organizational culture. He is also a leadership coach for Flawless Consulting.

The three questions Steven answers are:

For more information about Steven’s work, please visit upwardmindset.com. He will also be the instructor for Flawless Consulting training offered through the IIRP. 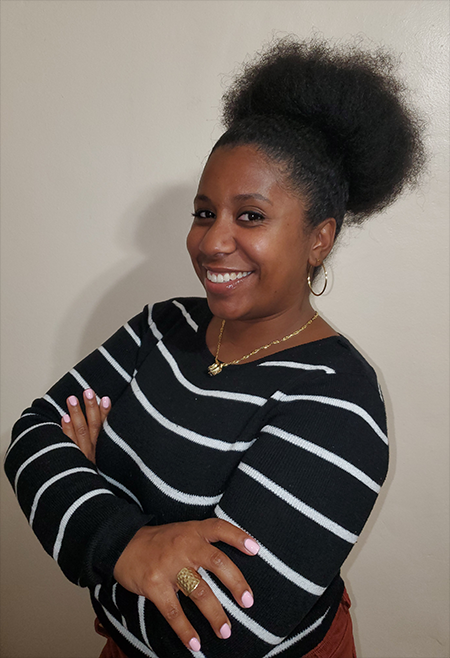 Kailani Capote, the IIRP Graduate School’s 2021 Impact Scholarship recipient, had been working to build her capacity for restorative action for several years. But when the pandemic hit, she found her work immediately relevant to address calls for support and dialogue in New York City.

“I started off by offering community building circles for whoever wanted to talk about the pandemic. People were asking, ‘Where do we go from here?’” explains Kailani.

After George Floyd’s murder and the historic protests it inspired, various communities in upper Manhattan reached out to the New York Peace Institute, where Kailani has worked for four years. She ended up facilitating numerous conversations about racism and the harms it causes.

In one incident, the conversations addressed people’s outrage when they feared a noose had been hung in a nearby park to intimidate black residents. She also facilitated a restorative conference for a housing community that wanted to address a racial interaction that happened five years ago, which came to the surface in conjunction with the rise of the Movement for Black Lives.

The New York Peace Institute is the community dispute resolution center for Manhattan and Brooklyn, a decades-old statewide program that has offered mediation services for both civil and criminal justice matters. As the only person on her team trained in restorative practices, Kailani finds her experience increasingly in demand.

Kailani enrolled in the IIRP Graduate School Master of Science in Restorative Practices program, and this spring she was awarded an Impact Scholarship.

Lecturer Elizabeth Smull comments, “Kailani’s work has immediate relevance to some of the most pressing concerns facing communities stemming from racism, the pandemic and policy.”

The Impact Scholarship is a full tuition scholarship awarded each year to a student who demonstrates an ability to make an impact in their community. 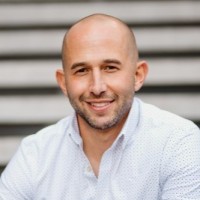 The Three Questions video series will feature new and innovative thinkers from the field of restorative practices and beyond. In each episode, a special guest will be asked three questions by John W. Bailie, Ph.D., IIRP President, that center around themes of leadership and organizational culture.

In Episode 1, you will hear from Zach Mercurio, Ph.D., author of “The Invisible Leader” and a researcher and consultant for Purposeful Leadership.

The three questions Zach answers are:

For more information about Zach and his efforts with the science and practice of meaningful work and purposeful organizations, visit www.zachmercurio.com/blog or connect with him on LinkedIn.

A series of courses for individualized, self-directed learning, the modules can also be worked through by an independent team of educators within a professional learning community.

The Anti-racism journey for educators with students includes a kit of resources grounded in social and emotional learning (SEL) and curated by experts in the fields of equity and inclusion, restorative practices and education technology.

The course empowers educators to build the knowledge and capability needed to support equity and anti-racism work with students. It can be a first step toward establishing an inclusive, caring classroom where students and teachers feel safe having authentic conversations on social justice topics.

Additionally, the courses are designed as a transformative adult learning experience for colleagues to engage in together. The course provides guidance on how to go through the modules with colleagues in your school or online.

“We could have built this solely as an individual learning experience, as Microsoft Educator Center has done so well in the past,” comments IIRP Executive Director of Collective Impact Keith Hickman. “However, the designers believed it was very critical to provide the opportunity for group learning and accountability.”

“The course uses a restorative framework to help structure the adult learning experience,” continues Keith. “When relationships are built between adult learners, they can hold each other accountable for what it means to do anti-racism education.”

Advances in restorative justice in Europe 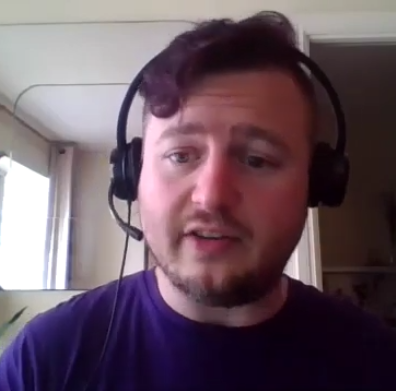 I had the recent pleasure of meeting with Ian Marder, Ph.D., Lecturer in Criminology at Maynooth University’s Department of Law, Republic of Ireland, to discuss his recent publication. The article, "The new international restorative justice framework: Reviewing three years of progress and efforts to promote access to services and cultural change," was published in The International Journal of Restorative Justice in 2020. 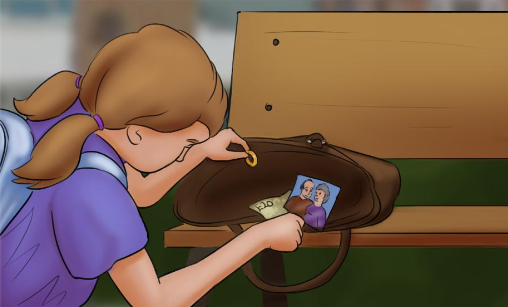 How do you engage children and youth in restorative and relational processes? This can be difficult, especially in these challenging times — but there is an answer … and it can be delivered online!

Following their highly successful involvement in the EU Erasmus+ projects, Les Davey and John Boulton, Directors of SynRJ, an IIRP Graduate School Partner based in the UK, found it increasingly evident that training children and youth directly is the key to consolidating implementation and fully embedding restorative processes. As a result, SynRJ has developed student workbooks and teacher's guides in their "Restorative and Relational Processes in Action" book series to achieve this in a very practical and engaging way.

Built around two different restorative stories, Lost Memories for ages 4 to 11 and Broken Windscreen for ages 11 to 18, each is about an incident of wrongdoing and a restorative meeting held to address it. Each student workbook and teacher's guide consists of two parts: Part 1 is designed to introduce children and young people to the general concepts of restorative and relational processes and Part 2 deepens this understanding by introducing the key elements of restorative practices appropriate to the age range.

The whole series is designed to introduce restorative and relational processes to students in a user-friendly and very practical way.

Learn more about all of the books in the series, including short promotional videos and a "sneak peek" function, at SynRJ.org. You may order at the SynRJ store.

In 2020, IIRP Vice President for Administration Linda Kligman, Ph.D., received her doctorate in Interdisciplinary Studies with a concentration in Ethical and Creative Leadership and a specialization in Martin Luther King, Jr. Studies. Her dissertation, Widening circles: A Grounded Theory study of workplace leadership, received two honors from Union Institute and University: The Marvin B. Sussman Award for originality, interdisciplinarity, and social relevance in scholarship; and the Virgil A. Wood Award for excellence advancing the legacy of Martin Luther King. Linda has been invited to be the Social Justice Speaker at Union’s Spring Residency. Her thesis has been made available for free download.

When I came to work at the International Institute for Restorative Practices in 2010 it was a profoundly different experience for me. My career had largely been in the nonprofit sector, I had run community organizations, a private company, and served on many boards, but this culture of high expectations and abundant support felt remarkably different. We practiced giving and receiving candid feedback in team builders, we were encouraged to talk about and express our feelings, and instead of running decisions “up the ladder” we “circled up” to include others. I enjoyed coming to work even on the hardest days. This relational orientation allowed me to stretch and find my role within an ambitious, innovative and dynamic graduate school. 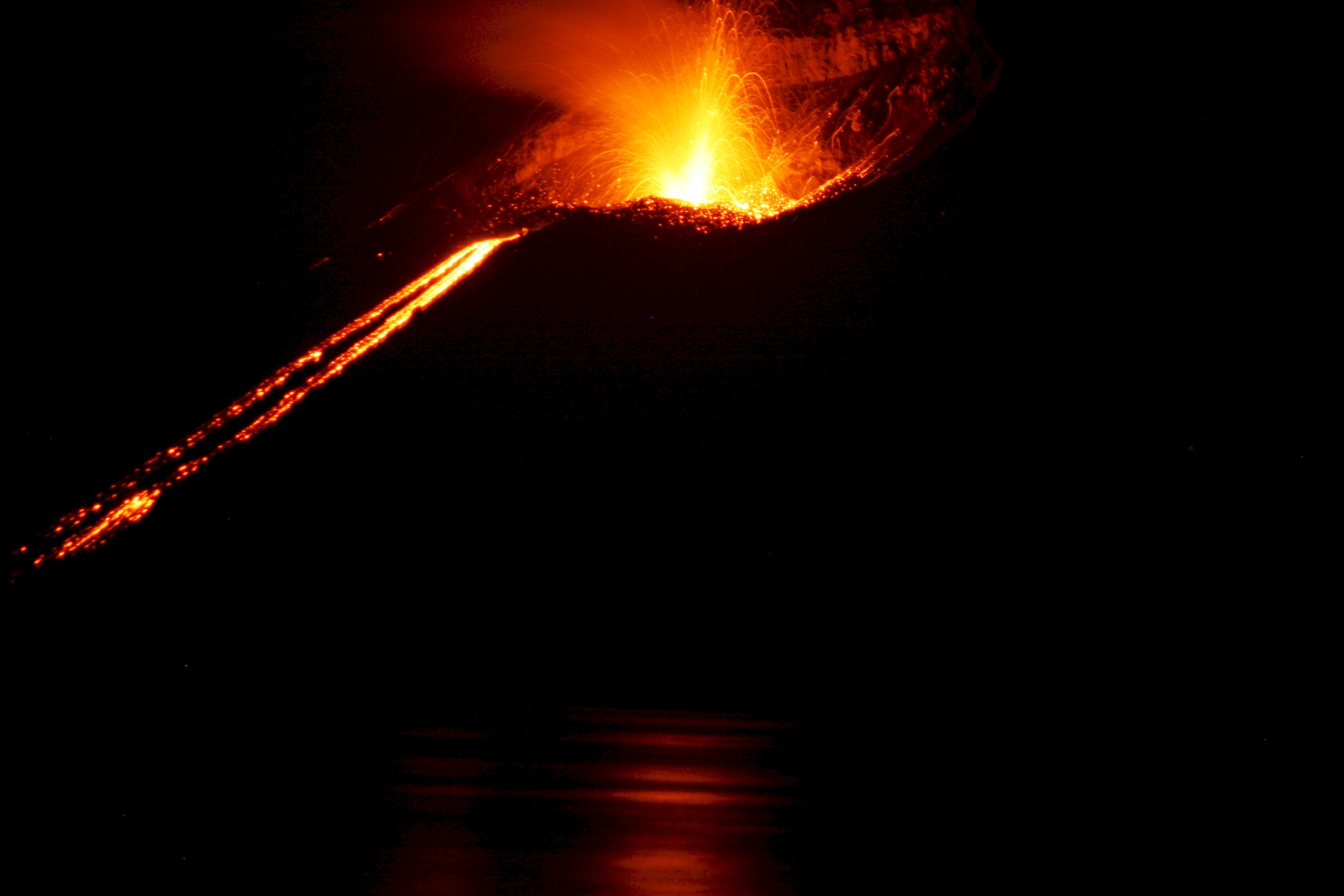 The government, non-governmental organizations (NGOs) and international response was focused on relocating villagers to safe locations and providing health care, medicines and food, as well as initiating a formal plan to move entire communities that would not be able to live in those high-risk areas again.

However, the emergency response made no effort to listen to the people affected by the eruption or to provide them with a space where they could find emotional support and release some of the emotions around the trauma they suffered. Asociación para el Liderazgo en Guatemala (ALG), a local NGO that trains other NGO leaders in the country, offered an intervention that provided a space for both people displaced by the eruption and emergency response teams to find support in the use of restorative circles. This article will examine ALG ́s intervention and offer some lessons learned about providing circles to people affected by natural disaster, and how they can be helpful in coping with the aftermath of such a traumatic event.

Read the full paper, which was published in ENGAGE! Co-created knowledge serving the public good, 1(3), 2020.

The IIRP Graduate School sponsored the December 2020 WOBI (World of Business Ideas) digital event on the theme of emotional intelligence in leadership. Featured speaker Daniel Goleman, Ph.D., who wrote the bestselling book Emotional Intelligence (1995), joined IIRP President John W. Bailie, Ph.D., to discuss why emotional intelligence is more important now than ever, not only for business leaders but all of us.

It was an honor to speak with Dan Goleman. His work on emotional intelligence has been a tremendous influence on my personal practice as a leader. Dan’s thinking has also been foundational to the work of my institution, the IIRP Graduate School — the world’s first graduate school wholly dedicated to the science of relationships and community.

Our world is increasingly complex. The COVID-19 pandemic, political unrest, and economic realignment are all accelerating the pace of change. (Text continues below.)

Working from home during the pandemic with small children

Claire is the Representative for IIRP Latin America. She is based in San José, Costa Rica. 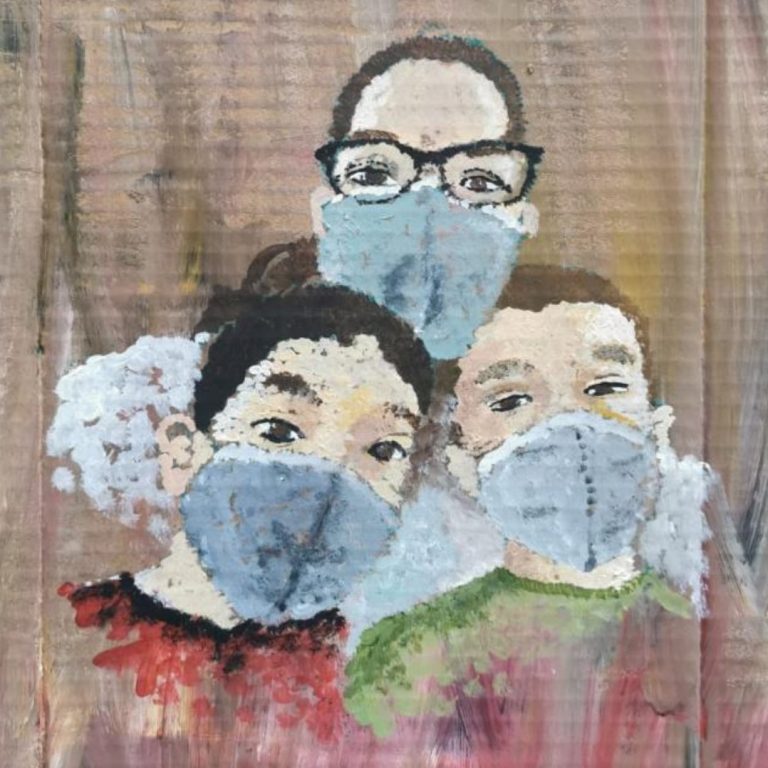 What about the "restorative practices thing"?

When people ask me about this “restorative-practices-thing” that I am always talking about, I usually make a summary – unfair as all summaries are – that goes a little bit like this:

(1)  Restore the value of the person. Michael White said it well: the person isn’t the problem; the problem is the problem. To separate deed from doer helps us to honor each person’s dignity, even when we disagree or even disapprove certain behaviors