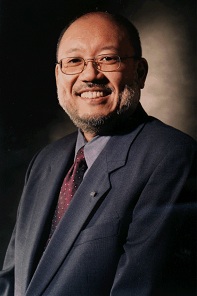 J.D. Hokoyama, a nationally known speaker and retired founding board member and CEO of Leadership Education for Asian Pacifics, Inc. (LEAP), has joined the International Institute for Restorative Practices (IIRP) Graduate School Board of Trustees.

Hokoyama began his career as a high school English teacher and elementary school principal. Restorative practices has always been intuitive for Hokoyama. It’s only in the past few years that his friends Keith Hickman, director of Continuing Education, and IIRP instructor Tanya Lewis, have been urging him to learn more and get involved.

“The whole field seems fascinating to me,” says Hokoyama. “I know it’s always better if the parties involved in conflict, through some guidelines, can work through their issues rather than having solutions imposed on them. I’ve been doing that all along and feel very strongly that’s the way to go.”

When he was a teacher, Hokoyama had a student in one of his classes who simply did not like him. The boy constantly disrupted class, and Hokoyama even looked into changing the boy’s schedule so they wouldn’t have to deal with each other. Finally, he invited the student to talk after school: “I said, ‘Look, you and I just don’t get along. But I can’t change your schedule, so we’re going to have to coexist. How you do think we could do that?”

After their talk, the two became really close. “I learned something from that,” says Hokoyama. “Once I acknowledged how that student felt, he could relax because he knew we weren’t fighting.”

Hokoyama, who was a Peace Corps volunteer in the late 1960s, saw firsthand the need for ways to bring people together to overcome world conflicts, such as those between Christians and Muslims in Ethiopia where he served. He has dedicated much of his career to diversity education and supporting the Asian and Pacific Islander community to develop leadership capacity.

Hokoyama brings to the IIRP Board of Trustees his experience of leading a nonprofit for 25 years as well as expertise in the field of board development. At the same time, he is humble about how he will help out.