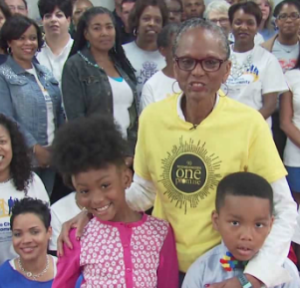 To make their schools safer, the leadership of Pittsburgh Public Schools, like those in several other school districts across the country, is embarking on a watershed project to implement restorative practices — a proven alternative to ineffective and harmful zero tolerance policies.

The most extensive restorative practices school implementation project to date, “Pursuing Equitable Restorative Communities” will implement the practices in half of Pittsburgh’s 50 public schools, with approximately 10,000 students.

A $3 million grant from the U.S. Department of Justice Comprehensive School Safety Initiative is supporting the initiative, with professional development provided by the International Institute for Restorative Practices (IIRP) Graduate School.

The district will implement the IIRP’s SaferSanerSchools™ Whole-School Change program in 25 schools during the 2015-16 and 2016-17 school years. The approach includes “informal and formal processes to address misconduct, not as a reactive response to crime and other wrongdoing but as a proactive process of building relationships and a sense of community.”

“We are extremely excited to enter into a partnership with the IIRP through a grant from the Department of Justice,” said Pittsburgh Public Schools Director Of Operations, Student Support Services, Eddie Wilson. “We hope to build positive culture and community in all our buildings. A positive teaching and learning environment is the foundation upon which all academic success it built.”

The RAND Corporation will evaluate the impact of restorative practices on school safety and climate in the 25 “treatment” schools and compare these findings with a control group of 25 schools that are not implementing the practices. This research has the potential to impact school districts nationwide. 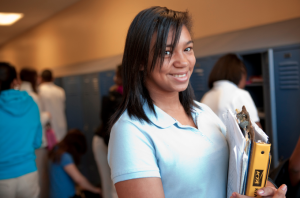 Students walk to class at Pittsburgh Carmalt PreK-8, via Gates Foundation, Flickr Creative CommonsMore school districts are implementing restorative practices to create safe, positive learning communities, including San Francisco, New York City, Detroit, Baltimore and Philadelphia. Current research projects include a RAND study in 16 Maine schools, funded by the National Institutes of Health, on the effectiveness of restorative practices in influencing school environments and decreasing problem behaviors; and a Johns Hopkins/Diplomas Now study in 15 schools nationwide, funded by Atlantic Philanthropies, on the impact of restorative practices on reducing disparities in discipline and rates of suspensions, arrests and expulsions in high poverty-area middle and high schools with significant proportions of students of color.

The International Institute for Restorative Practices, an accredited graduate school based in Bethlehem, PA, works with schools and other organizations to implement restorative practices and offers a Master of Science, a Graduate Certificate and professional development, as well as books, videos and free online educational resources. With affiliate organizations in the U.S., Canada, Europe, Latin America, Singapore and Australia and licensees worldwide, the IIRP is part of a large worldwide movement of practitioners, policy-makers and scholars advancing the field of restorative practices.