For the city of Chicago, writes Robert Kohler, "The vision is a city interlaced with restorative justice hubs — community centers that bring hope and promise to troubled kids in a town where too many of them are dying."

Brattleboro Community Justice Center has a tradition of holding talking circles for the community during International Restorative Justice Week every year. This year, in light of a local heroin epidemic, the topic was the impact of drug abuse.

The Restorative Justice Project of the Midcoast (Maine), a partner in the RAND study examining restorative practices whole-school change implementation in 16 Maine Schools, celebrates 10 years of working with schools, youth and adults.

The Missouri Legislative Black Caucus issued a demand that a restorative justice plan be created for Ferguson, Missouri, in lieu of municipal fines for the non-violent protesters that have been arrested. 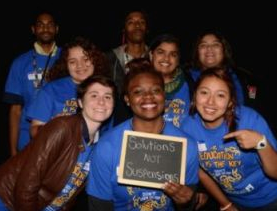 The Dignity in School Campaign reports on events during its 2014 National Week of Action Against School Pushout.

Download an excellent qualitative research report that looks at the use of "Talking Circles for Adolescent Girls in an Urban High School: A Restorative Practices Program for Building Friendships and Developing Emotional Literacy Skills."

Minneapolis (Minnesota) School District announces that every suspension of a minority student will be reviewed by the superintendent's leadership team.

Oakland, California, has made headway toward reducing the racial discipline gap using restorative practices, but still has more work to do. 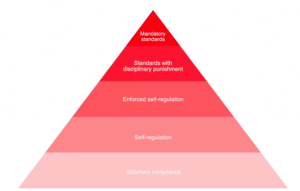 One in Four, an Irish organization that works with victims and perpetrators of sexual violence, reports that just 4 of 114 sex offenders undergoing treatment informed by restorative practices have reoffended.

In "The Limits of Responsive Regulation" (7 minutes), John Braithwaite discusses how people power can work within the regulatory pyramid to regulate business misconduct, crime and war.

Scientific American reviews the evidence and finds that "Overall, research from past 20 years has shown that restorative justice works."

Watch a trailer for Facing Fear, an Oscar-nominated short documentary, which examines the outcomes of a chance meeting between a former neo-Nazi and the gay victim of a hate crime he participated in. 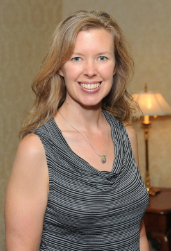 Read past edition of the Restorative Practices Monthly News Roundup.