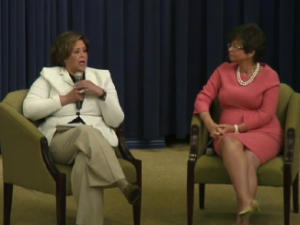 Education Week’s Research Center issued a new report, "Social and emotional learning: Perspectives from America's schools," which shows, among other things, "a particularly large expansion in the use of restorative practices" over the past three years.

"Better Than Carrots or Sticks: Restorative Practices for Positive Classroom Management," a new book to be published by ASCD and co-authored by Dominique Smith of San Diego Health Sciences High and Middle College, promises to inform the reader on everything "from welcoming students in the morning to resolving the most serious behavior problems."

Grand Rapids, MI, schools ramp up restorative practices to build community and respond to challenging behavior, with training from the IIRP.

In "Beyond Circles: Five Other Restorative Practices For Schools," Joe Brummer writes, "Relationships and connection are the true soul of a restorative culture," and he discusses topics including "one-on-one connections" and "the power of the story."

The Archdiocese of San Francisco’s restorative justice ministry works to support families of homicide victims and recently offered a training for 50 family members, co-sponsored by the IIRP.

In a new book, Triumph of the Heart, Megan Feldman explores the role of forgiveness and the importance of redemption, and looks at practices that facilitate forgiveness in families, intimate relationships, schools, communities and conflict zones.

In Being 12, a virtual talking circle, youth talk about their ethnic and racial background and the impact that has on their lives.

"What If Everything You Knew About Disciplining Kids Was Wrong?" Mother Jones profiles the work of psychologist Ross Green, who focuses on problem solving, not punishment.

In Wanganui, New Zealand, a visiting writer Shelley Davidow speaks about restorative parenting, pointing out that "keeping things light is not the same as being permissive." 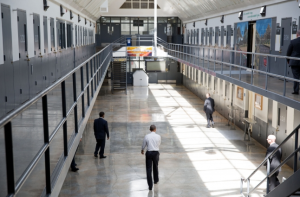 In the wake of President Obama's visit to a federal prison, critics of mass incarceration argue that the "Tide may be turning against harsh prison sentences" and that restorative justice offers a tangible approach to crime and wrongdoing that can be a crucial part of criminal justice transformation.

New Zealand restorative justice referrals are on the rise, according to this article, which suggests that services are finally catching up with the demands of a new national law that went into effect at the beginning of the year requiring that restorative justice be explored in all cases, youth and adult.

Following the death of Professor Nils Christie, Oxford University Press has made his article, “Conflicts as Property,” available for free.

The Community of Restorative Researchers held its inaugural conference at the University of Leeds' School of Law with over 65 researchers, practitioners and policy makers in attendance. Taking time out from the conference for "A Quick Word," a new video blog series presented by the Restorative Forum, network founder Ian Marder discussed the one-day inaugural conference, and IIRP Lecturer Nicola Preston shed light on the history of restorative practices. According to Marder and network intern Megan Sharp, "[D]elegates suggested that the day was highly successful. ... We have no doubt that relationships maintained at this event will play a central role in the development of processes and practices across the country in the years to come."

Canberra, Australia, plans to expand its restorative justice program to adults, including cases of sexual assault and domestic violence.

Advocates of restorative justice legislation in Massachusetts explain the concept at a community forum, while activist Pierre Berastain shines light on an unusual Massachusetts prison, where rehabilitation outweighs punishment.

In Nanavut, Canada's "largest, northernmost, newest and least populous territory" (via Wikipedia), the capital city, Iqaluit, resurrects its restorative justice committee, which "will allow community members to collectively address, and heal from, the impacts of crime." 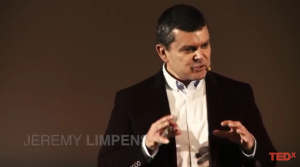 In a TedX Talk, "The Courage to say Sorry in Healthcare," Jeremy Limpens, a critical care nurse and flight paramedic, explores what restorative practices – or the right conversation – might look like in the field of healthcare?

An academic paper looks at "Transformation and Reconciliation in the Toxic Workplace" and identifies "viable strategies for healing through reconciliation, restorative justice and transformational leadership."

A Dalhousie University literature professor talks about how she used a tale of Chaucer's to reflect on the recent sexual harassment scandal that shook the school's college of dentistry.