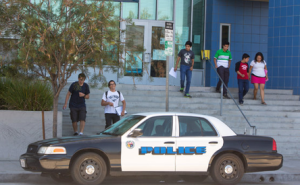 LA redefines the relationship between police and schools. Photo by Monica Almeida for the New York Times.A community effort in Los Angeles yields sweeping reforms that will "significantly reduce student citations and arrests." The AP reports, "Students caught misbehaving in the nation's second largest school district will be sent to the principal's office rather than the courthouse." In its report, The New York Times refers to ongoing federal government efforts to roll back "zero tolerance" policies across the nation.

In a New York Times Op-ed, "Teaching Is Not a Business," UC-Berkeley Professor David L. Kirp argues, "Every successful educational initiative of which I’m aware aims at strengthening personal bonds by building strong systems of support in the schools."

Rodrigo Corona Flores, an 18-year-old student at UC-Berkeley, writes, "I am a survivor of a war zone whose victims are the heart and soul of our community." Read his passionate plea for restorative practices in schools.

With 10 schools in Philadelphia implementing the SaferSanerSchools Whole-school Change program, IIRP Assistant Professor John Bailie reflects,  "Given all the stresses [in the district], just getting all the professional development done [last year] was a success. I think this year, people are more strategic, focused on implementing what they already learned."

The Michigan State Board of Education has revised its Model Code of Student Conduct with a heavy emphasis now on restorative practices. IIRP licensee and long-time friend Bill Sower shared the news and served on the task-force that worked on this project.

Plus, a national report from New Zealand shows that restorative practices are the key to student engagement and achievement.

Here's the latest in a semi-regular stream of stories coming out of New Zealand on the use of restorative conferences in cases of vehicular homicide. In this report, the wife of a motorcyclist killed in an accident says that she does not think the driver of the car who killed her husband should go to jail. 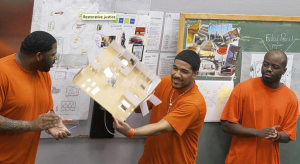 nmates display new prison designs based on restorative principals. Photo by Lee Romney for the LA Times.The LA Times reports on a great project that lets prisoners re-imagine prison design by looking at how architecture impacts people, and taking a new look at the spaces we inhabit through a restorative lens.

A new IARS ebook looks at developments, practices and policies of restorative justice in domestic violence cases in the UK.

Canada's Restorative Justice Week and annual National Symposium is planned for the week of November 16-23.

Martin Wright reviews a book that seeks to answer the question of "why restorative justice works." 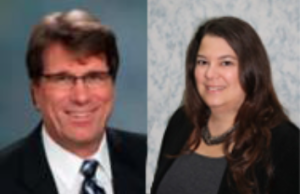 Congratulations to IIRP Lecturer Nicola Preston, whose chapter on "Restorative Practices, Affect Theory and the Social and Emotional Aspects of Learning," will be published in the forthcoming peer-reviewed book, "The Psychology of Restorative Justice," edited by Theo Gavrielides.

The schedule of breakout sessions has been posted for the IIRP's 17th World Conference this October.

In an article, "A Healing Method of Justice," from the Trinidad & Tobago Guardian, IIRP licensee Hazel Thompson-Ahye says she plans to deliver "Introduction to Restorative Practices" and "Using Circles Effectively" professional development for the first time on the islands.

In Brenè (rhymes with Renè) Brown's followup to her wildly and unexpectedly successful TEDx Talk a couple years ago, she explains that she learned about vulnerability by studying shame. She distinguishes shame ("I am bad") from guilt ("I did bad"), and says that the former leads to all kinds of problems while the latter is much healthier.

Read past editions of the News Roundup. 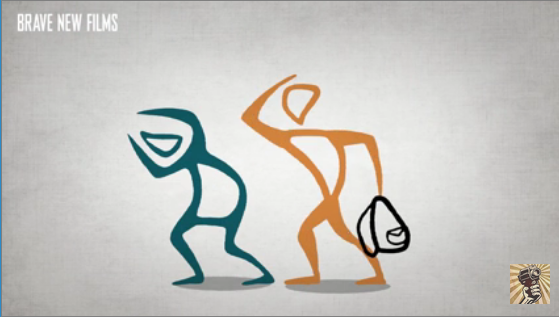 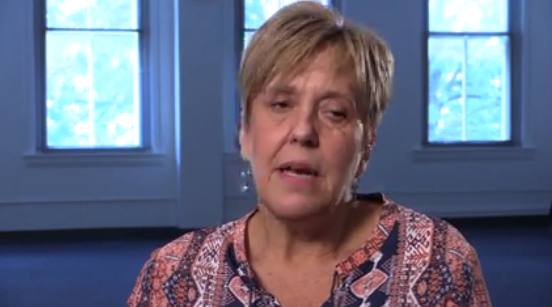 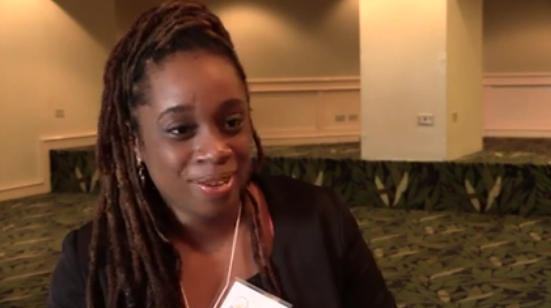 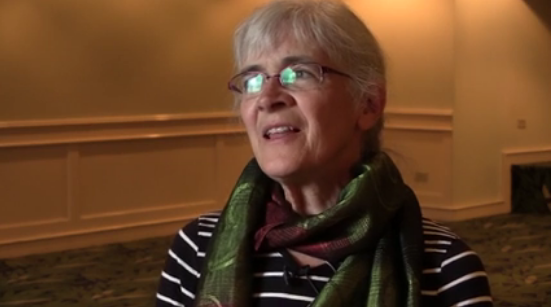