Robert Koehler always writes eloquently as he seeks solutions to hard problems. In his latest piece on restorative justice, "Beyond Our Broken Dreams," he reports, "So far this year, the students [at Uplift Community High School in Chicago, Illinois, USA] have held 16 [restorative] conferences, 15 of which have ended in agreements that were successfully completed; 129 days of suspension were prevented." 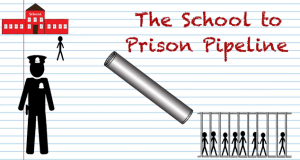 In a New York Times Op-ed, Robert Ross and Kenneth Zimmerman argue for "real discipline in school," aka restorative practices, which they place in the context of the school-to-prison pipeline and the new national guidelines on discipline in schools.

This professional and detailed 14-minute video from the Center for Documentary Studies at Duke University deconstructs the school-to-prison pipeline and points to alternatives, like restorative practices.

The BBC reports on restorative approaches in a Welsh school, showing a 91% drop in exclusions (suspensions and expulsions) and a 48% drop in crime in the area surrounding the school!

Major research by Drs. Heather Strang, Lawrence Sherman and their team at the Jerry Lee Centre of Experimental Criminology at the University of Cambridge demonstrates that restorative justice reduces recidivism, up to 55% for some crimes, and greatly benefits victims. Download the peer-reviewed study. 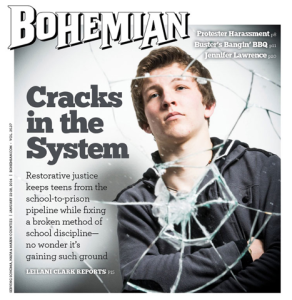 Around the world at the national level: the Papua New Guinea parliament unanimously voted for a new juvenile justice bill with significant provisions for restorative justice; the Scottish Parliament amended the Victims and Witnesses Bill in a move to enshrine in law restorative justice for adults; and in the UK, the Restorative Justice Council's "Restorative Service Quality Mark" went into effect.

In "A Better Discipline," Leilani Clark discusses a restorative justice program in Santa Rosa, California. A teen who went through the program tells her, "It sounds kind of bad, but if I'd never stolen shoes from Sears, I would not be active in the community today."

A UK children's home sees a 91% decrease in use of restraint by using restorative practices instead.