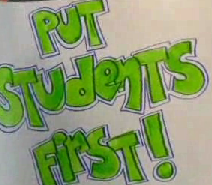 The Discipline Disparities Research to Practice Collaborative, a panel of 26 national experts, present to Congress evidence and recommendations that support restorative practices.

The American Federation of Teachers, an affiliate of the AFL-CIO with 1.5 million members across the US, recently held a summit on Restorative Practices in Schools in Washington, D.C. A leader for the organization argues at Education Week that "Suspensions Should Be Last Resort."

National Public Radio's "All Things Considered" reports that the pendulum is shifting away from zero tolerance in US schools (audio and full story). PBS Newshour covers restorative practices in an Aurora, Colorado High School – watch “To curb conflict, a Colorado high school replaces punishment with conversation.”

A perpetrator in the 1974 “Elmira Case,” in which probation officer Mark Yantzi took two teens around the neighborhood to meet face-to-face with those whose cars they had vandalized, learned 28 years later that his experience helped spark the restorative justice movement. (In a video Yantzi tells the story in his own words.)

In a TED Talk titled "The Neuroscience of Restorative Justice" Daniel Reisel asks, "Could we help the brain re-grow morality?"

The commissioner of the South Wales Police, Alun Michael, calls for people in the criminal justice system to make restorative justice an everyday part of their work.

Martin Wright (via Restorative Justice Online) reviews Reconstructing Restorative Justice Philosophy, edited by Theo Gavrielides & Vasso Artinolpolou: "It makes a case for broadening the concept of RJ to include ways of living together and resolving disputes, not necessarily through conferencing, but emphasising our relationships with each other."

Here's a thorough introduction to CoSA – circles of support & accountability, a program for helping sex offenders return to their communities – that argues against recent Canadian government threats to put an end to the program's funding.

Coinciding with its Restorative Justice Month, Jamaica announces it will open its eighth community restorative justice center in West Kingston. Its national program has taken 46 cases since last April.

Congratulations to Thomas Fertal, a 2011 IIRP graduate, who will be the new president of Cardinal O'Hara High School outside Philadelphia.