The New York Times editorialized that "reappraisals are long overdue" when it comes to zero tolerance policies that rely upon suspensions and expulsions of students, while the VERA Institute issued a report showing a generation of zero tolerance in schools has not worked. The Washington Post reports about Virginia students pushing for changes in discipline that would include restorative justice. 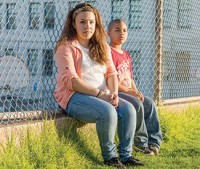 In anticipation of his presentation next month at the National Association of Secondary School Principals' Ignite Conference, IIRP Trainer and Consultant Steve Korr discussed how restorative practices can provide "An Answer to Many School Challenges." 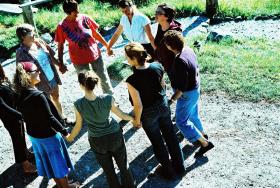 Photo by Chris Klug/FlickrFrom Vermont Public Radio, listen to a half hour talk show with Derek Miodownik, the Community & Restorative Justice Executive for the Vermont Department of Corrections, and Kathy Fox, an Associate Professor of Sociology at the University of Vermont, who discuss how Circles of Support and Accountability, with community volunteers help to reduce reoffending.

Writer Robert Koehler described the pervasiveness of shame at the root of criminal behavior.

In the Netherlands, the Trimbos Institute studied the results of Famly Group Conferencing (FGC aka Family Group Decision Making) with families of children with mild intellectual disabilities. FGCs were held with 71 families and the results were compared with a group of 53 children who received standard care with no FGC. The study showed that children with the FGC plan functioned better and that the number of points of concern halved afterwards, a considerable difference from the control group. (via Eigen Kracht Centrale) 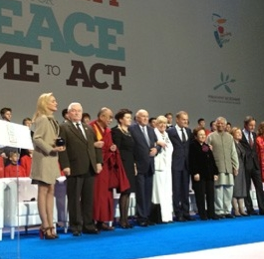 Delegates at the Nobel Laureates summit.IIRP President Ted Wachtel's Dreaming of a New Reality was reviewed by Michael Kearns, associate tutor, Canterbury Christ Church University (UK), in the Internet Journal of Restorative Justice, a free online publication founded by Dr. Theo Gavrielides and part of the Restorative Justice for All web site.

IIRP Librarian Margaret Murray was featured in the Allentown Morning Call regarding her new book, Forging Justice: A Restorative Mystery.