Notes on Restorative Practices in Schools 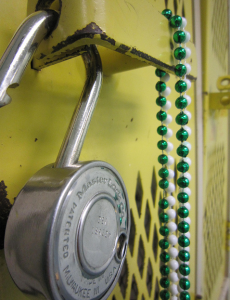 More and more frequently I come across so many articles about school implementing various restorative practices programs in a given day or week that I might end up putting them aside or simply posting links on IIRP's Twitter feed. Today, though, I thought I'd just post a brief summary of four links that came through last week so people could get a sense of the types of story I'm seeing more and more frequently around the world:

MEND (Mediating Ends Negative Disagreements) – The Limestone District School Board and Youth Diversion (in Kingston in Canada) have been working together for the past six years to develop a new strategy to deal with conflict. "What we have been doing is putting a restorative approach into schools with the idea that, rather than focusing on blame and punishment we are focusing on developing and maintaining relationships and making sure that people understand the impact of their actions on one another," explained Judy Tetlow.

School board battles bullying – Also in Ontario, Canada, this article notes that "The Ontario Legislation passed an Accepting Schools Act in September which gives administrators and teachers an opportunity to address not only the victims, but the bullies too."

"We try to encourage what we call restorative justice, in order to develop empathy for the victim. We try to be very proactive," explained Grand Erie District School Board superintendent for Safe Schools Team Greg Anderson. "The Safe Schools Team consists of a full-time social worker, one and a half youth workers, an elementary teacher and a secondary school teacher."

Mt. Morris Schools selected by the Michigan Department of Education to roll out new pilot program – And then there's this report from Michigan. "Representatives from the Michigan Department of Education, local schools, students, and administrators gathered in Flint on Monday to roll out the goals of the new adapted 'think.respect' initiative to the public. The program, which comes as thanks due to a new endeavor funded through a $24 million federal grant from the U.S. Department of Education, believes in looking at a more holistic approach to education." The approach includes restorative practices as a significant component of the program.

Kicking the nasty habit of zero tolerance – Julia Steiny writing at EdWeek points to Nirvi Shah's recent piece there in the context of changing discipline policies in schools to be less punitive. Steiny writes: "Full disclosure:  I am a huge fan of restorative practices. ... It focuses on the health of the community as a whole, giving every member a voice in what happens, kids and adults, offenders and victims.  In small groups or circles, misbehaving kids explain what they were thinking when they did the dumb thing.  Sometimes there’s more to the story than the obvious, but often the group agrees on a restitution plan that will bring the offender back into the community’s good graces. "