Pittsburgh to transform climate in 23 schools

On April 22 Pittsburgh Public Schools officials announced their plan to implement the IIRP's SaferSanerSchools Whole-School Change program in 23 schools "to improve learning and reduce suspensions," as reported in Pittsburgh Post-Gazette. "The schools will be part of a research project funded by a $3 million [U.S.] Justice Department grant... ."

During a press conference held at Minadeo PreK-5 in the Squirrel Hill neighborhood, officials focused on how restorative practices can help end the school-to-prison pipeline.

David Hickton, U.S. Attorney for Western Pennsylvania, said, "If we don’t do this, if we only have a hammer, suspended students go from at-risk to drop outs and can quickly wind up on my desk. We need to produce students and graduates rather than defendants and convicts," according to the New Pittsburgh Courier.

Superintendent Linda Lane added, "If all we do is suspend, we're going to have to suspend again,” according to the Pittsburgh Tribune-Review. 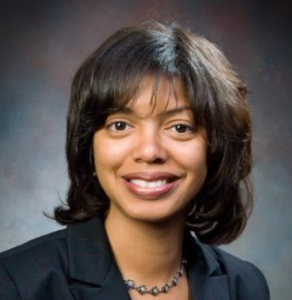 Assistant Superintendent Dr. Dara Ware Allen said, "We see this as an opportunity not only to transform our school culture and climate but also to contribute to the larger field of research and help spread the knowledge we attain to schools everywhere."

"We have been looking at racial disparities within our district, and one of our overarching goals is reducing suspensions, which affect African-American students disproportionately. Overall, we’ve made dramatic strides in that area: Over a three year period there has been a 40% decline. But the racial disparity has not changed.

"We really need to look at evidence-based practices and promising approaches that will help address this. We saw from going to an IIRP training last year that restorative practices are really focused on building relationships and students feeling part of the culture and also on doing work with not to them. This really resonated with us, as did the research in decreased suspension and improvements in school culture and climate. It’s fundamental for students to be in a place where they can learn and thrive, particularly for students who’ve been marginalized.

"The Department of Justice grant offered the opportunity for lots of different approaches, but we see it as the way to finally have the resources to implement restorative practices district-wide."

The Post Gazette also reported, "The grant, first announced in October, will be used for training teachers and administrators in techniques taught by the International Institute for Restorative Practices — such as everyone sitting in a circle to talk things over. Part of the money also will pay for a Rand Corporation study of how the program works this year and next."

Allen added, "There is a huge commitment from the superintendent. We’re confident that this approach will work. We’re especially glad to be implementing the IIRP’s Whole-School Change model, which trains all the adults in the building, making it a sustainable model. So when the grant is over we will have the capacity to transfer the practices to the other schools in the control group.

"We see this as an opportunity not only to transform our school culture and climate but also to help contribute to the larger field of research and help spread the knowledge we attain to schools everywhere. It’s a long-term effort, but one that we are absolutely committed to."