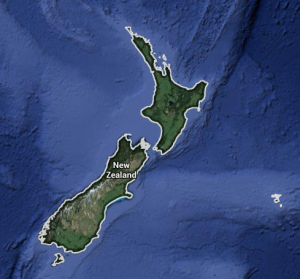 Several pieces of news have come through recently from New Zealand, the Land of the Long White Cloud and birthplace of "Family Group Conferencing."

The precursor to restorative conferences were developed and ensconced in law in New Zealand as part of the Children, Young Persons and their Families Act of 1989. This law led on the one hand to the family group conference (known as Family Group Decision Making in North America), which engaged extended families to develop a plan when a child was at risk of placement outside the home in cases of abuse. A process was also developed to allow young offenders, along with their families and community of support, to meet face-to-face with those they had victimized. This process would subsequently be adapted by Terry O'Connell as the Real Justice conference.

The restorative justice sector says an increase in funding for conferences between offenders and their victims is not enough to meet the current need.

The Ministry of Justice is making an additional $4.4 million available during the next two years, on top of the $6 million already allocated.

He said the Victims of Crime Reform Bill, which is currently before Parliament, will increase demand because it will require agencies to tell victims about the conferences, rather than leaving it up to a judge's discretion.

I think the final paragraph is particularly interesting. It notes that victims may soon be informed about conferencing as a matter of routine, which will ensure that they know to ask to participate in a conferences if they so choose.

A second article, titled "New Zealand: Youth crime down 18 per cent, exceeds target," notes that the additional $4.4 million "in extra operating funding over two years from the Justice Sector Fund" translates to an extra 2,400 conferences being conducted during that period.

Finally, a piece called "Doing the Job Justice" by Joanne Bennett in the Timaru Herald discusses one program that has been delivering conference services since 1996 in Timaru, a major port in the southern Canterbury region of New Zealand on the eastern Pacific coast.

An average of 70 restorative justice conferences are held in South Canterbury annually and that number is steadily increasing due to the success of the process for all parties.

"Victims are now far more informed about the opportunities and benefits they have available through this process than they were five years or so ago," she said.

The article also notes, "Overall, restorative justice conferencing in New Zealand reduces reoffending by about 20 per cent, with around 90 per cent of victims registering satisfaction with the process and indicating it has helped them in the healing process."

Read the full piece, which also mentions a program in Auckland that specializes in facilitating conferences in cases of sexual violence.