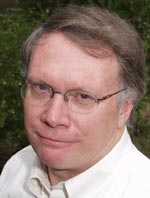 John BraithwaiteOn June 16, 2006, John Braithwaite will be one of two social scientists awarded the first Stockholm Prize in Criminology from the Swedish Ministry of Justice for “outstanding achievements in criminological research or for the application of research results by practitioners for the reduction of crime and the advancement of human rights.” Braithwaite is founder and head of the Regulatory Institutions Network (RegNet) at the Research School for Social Sciences at the Australian National University (ANU) in Canberra and has been a major force in the restorative justice movement. (Co-winner of the prize is Friedrich Lösel, professor at the Institute of Criminology at the University of Cambridge, England, a leader in crime prevention research.)

David Bayley, professor and former dean of the School of Criminal Justice at University at Albany, State University of New York, co-wrote a letter of recommendation for Braithwaite as part of a nomination presented to the Swedish Ministry of Justice by Heather Strang, director of the ANU’s Centre for Restorative Justice. Said Bayley, “John Braithwaite has had the greatest impact of any criminologist in the last century. He provided the major antidote to traditional criminal justice. Some people have done some scholarship into the causes of crimes or the way criminal justice systems work. He did it all. And now restorative justice is an international movement.”

Braithwaite may be best known for his 1989 book, Crime, Shame and Reintegration (available here). Paul McCold, director of research at the International Institute for Restorative Practices, called the work “a refreshing, broad perspective. John didn’t create new theories, but took all the theories as to why people commit crimes and integrated them around the idea that social disapproval could be done in a way that is stigmatizing or a way that is reintegrative. Stigmatizing shame increases crime while ‘reintegrative shame’ leads to less crime. The old theories have greater explanatory power as part of Braithwaite’s integrated theory.”

The reintegrative shame theory refers to friends and family confronting an offender with the consequences of his or her offense and allowing for the expression of remorse as part of reintegrating the offender back into society. Added McCold, “It’s one of the few theories that can cover everything from white-collar crime and crimes of state to juvenile delinquency and street crime.” Bayley agreed: “John put forth a criticism of criminal justice, formulated a new theory, implemented it and tested it. John reached out—and this is rare—to not just say this is a good theory a priori. He said it needed to be tested for potential falsification and he oversaw the research.”

In Crime, Shame and Reintegration Braithwaite advocated the use of a reintegrative shaming process in cases of street crime. Terry O’Connell and John MacDonald, then with the Australian police force, were pioneering the use of “family group conferencing” with juvenile crime, adapted from methods of the New Zealand child welfare department. Seeing parallels to their own efforts in Braithwaite’s work, O’Connell and MacDonald contacted Braithwaite, who subsequently assisted in the groundbreaking research projects in Canberra. Through the 1990s, work like Guy Masters’ dissertation on the connection between low crime rates in Japan and informal means of using shame to regulate social behavior also served to test Braithwaite’s theories.

In 2002, Braithwaite summarized his theories and reviewed all the relevant research in Restorative Justice and Responsive Regulation, which connected these two related streams of his own work.

For example, Braithwaite pioneered the use of “exit conferences” in nursing-home inspections in the 1980s in the US and Australia, which he said, are “very like restorative justice conferences. Nursing home administrators, family council, church groups associated with the home, advocates and government inspectors meet to discuss problems and come up with ways to fix them and heal hurts.” This approach is also used at the end of inspections involving coal-mining accidents.

Braithwaite is now engaged in an 18-year peacebuilding project. When this author first emailed him for an interview, an automated response came back, saying, “John Braithwaite will be away for almost all of April and May, mostly in remote parts of Bougainville and the Solomon Islands doing fieldwork on his peacebuilding project.” Home for a few days in early May, he made himself available, eager to talk about his current project, which involves the healing of entire societies ravaged by war.

Bougainville (where Braithwaite spent a year as a college exchange student in 1969) is recovering from 10 years of civil war through the 1990s, but its history involves feuds going back generations. Bougainville has more in common, culturally and ethnically, with the Solomon Islands, but was grouped with Papua New Guinea when Germany and England staked out territory in the colonial period. Child soldiers and renegades on both sides raped, murdered and pillaged enemy villages to settle land disputes and other old scores, resulting in 10,000 to 20,000 people killed and 70,000 displaced out of a population of 170,000. Said Braithwaite, “These were sites of the most voracious fighting in World War II. Villages got brought in on one side or the other. They are settling scores from World War II.”

Braithwaite is helping document a process, supported by the United Nations, to help the people of Bougainville “break spears and mend hearts.” Thousands of people, including tribal chiefs and traditional leaders, have been trained in restorative justice to conduct reconciliation meetings and peace circles. He said, “I attended a conference on one killing from 1991. It takes a long time to catch up. There is a lot of healing to be done. We talk to leaders, to warlords and ask them about their war strategy, to peacemakers and ask them what was their peace strategy.”

The project as a whole aims to document the successes and failures of peacekeeping efforts around the world, to present reports for each continent, and to have an impact on future efforts. Said Braithwaite, “I’ll grow old with this project.”

The peacebuilding project is the culmination of a broad and varied career. Braithwaite’s effectiveness lies in his ability to see connections and perceive theoretical themes that cut across categories. As a social scientist he studies the world, but as an activist he also aspires to influence it. Said David Bayley, “John has an ability to work—like an artist—in different media. He is heavily involved in political and ethical theory. He has done historical studies, quantitative criminology, observational studies and evaluation research. A whole other thing, very powerful, with economic implications, is his work with regulatory networks. He’s developed systems for regulating entire industries.”

Taken as a whole, Braithwaite’s work has been about advancing the greater cause of social justice. “I’m not at core a criminologist, a regulatory scholar, a worker in international relations,” he said. “I’m someone who studies institutions with a certain intellectual bent. That bent is reconciliation, forgiveness and deliberative democracy.” Deliberative democracy differs from “representative democracy,” where people vote from time to time but are otherwise largely uninvolved in government decision-making. Braithwaite favors “thick democracy”—whereby people sit in the circle and hash out their differences to a conclusion. “I believe in democratic experience, getting creative, getting people to do new and better things,” he said, concluding, “In a hundred years things will look very different. Practices thought good now will be shown to be not so good and vice versa. And new practices will develop. It will be based on evidence. It’s early, and we’re still learning.”

“The word I use to describe John,” said Bayley, “is ‘protean.’ He has an enormous range of abilities and is enormously creative. For these reasons he had to win the award.” On a personal note, he added, “On top of that, John is a wonderful guy—and he’s fun.”