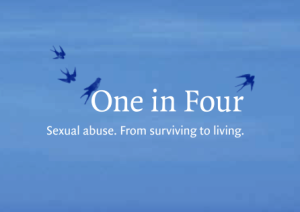 One in Four, a Dublin, Ireland-based organization that works to support adult victims of childhood sexual abuse, as well as sexual offenders and their respective families, aspires to make the world a place where all children are safe from sexual violence. Sadly, though, research shows that currently one-in-four people in Ireland experience sexual violence at some time during their lives.

The organization, which since 2002 has offered advocacy and psychotherapeutic services to survivors of sexual violence, has, since 2012, sought professional development from IIRP Europe so it can offer restorative services for clients and provide a new level of support and structure for staff.

Use of restorative practices with sexual offenses is controversial because people fear that victims may be re-victimized when they meet face-to-face with offenders. However, One in Four is taking the lead from their clients, who are requesting engagement with offenders and family members. The organization also recognizes that restorative processes need to be conducted with great care and sensitivity in these cases.

“I think for most of the people who come to our service who’ve had the experience of sexual violence, at some point they need their family and community to accept what has happened to them,” says Deirdre Kenny, One in Four’s advocacy director. “Restorative practices allows this to happen in a safe and supportive way.”

One in Four offers restorative approaches to clients who either want to meet face-to-face with those who have harmed them, or, more often, to bring other family members and friends into the healing process. So far they have used restorative processes, ranging from conversations with individuals using restorative questions to meetings between two or more people, in about a dozen cases.

These processes focus on use of the restorative questions, starting with “What happened?” and then moving to the other questions, including “What did you think when you learned what had happened?” “What has been the hardest thing for you?” “Who has been affected?” and “What can be done to make things right?” Two staff members work together, one taking the lead in asking the questions and another supporting and observing. They begin by meeting with family members individually.

The process is complex and usually requires a great deal of time. Any one of these questions — because they bring in new information and perspectives and challenge people to think about their experience — can bring new issues to the fore. At each step, people may find they need more to time to work through their experience.

A daughter, who experienced abuse, and her mother, had both been undergoing psychotherapy with One in Four for some time. The daughter reached a point where she felt she couldn’t fully restore her relationship with her mother until her mother really understood what had happened to her. One in Four staff asked the mother if she was ready to hear what had happened, and then they began to share the details of her daughter’s case. The mother realized then that she needed more time in psychotherapy to deal with what she had heard.

This partly restorative interaction can be seen within a larger framework of helping people move toward having their story acknowledged by their offenders, family, friends and community. Even when things do result in a face-to-face meeting, things don’t always go as people might hope, and yet the experience is still very valuable for the personal healing process.

In another case, a young woman, who was sexually abused by her brother, struggled with drinking and depression and had been hospitalized before seeking help. Her parents, who were supportive of her at first, withdrew their support when they learned that their son had been her abuser. After months of psychotherapy with One in Four, the woman decided she wanted to meet face to face with her parents to make them understand what she had been through. There were many preparatory meetings. Still, the parents became defensive during the face-to-face meeting with their daughter, and she left the meeting feeling that she would need to maintain distance from them.

Comments Kenny, “For her it was very satisfying and more real than we could have ever expected. It got her to a point a lot of people find difficult to get to with their families.”

One in Four Executive Director Maeve Lewis, writing for Resolution*, the magazine of the UK Restorative Justice Council, says of restorative interventions, “While the outcomes are not always happy, our clients generally are very satisfied with the result.”

Lewis also wrote, “Facilitators need very regular supervision of their work. They are dealing with dark, painful and confusing dynamics and need support in recognising and containing them.”

To provide this support, One and Four has also begun incorporating restorative practices into the structure of administrator and staff relationships.

In February 2014, the organization sent three people on its management team to London to attend Restorative Leadership Development: Authority with Grace, an IIRP professional develop event taught by IIRP Associate Professor and Director of Continuing Education Dr. John Bailie. The team returned with a commitment to engage staff to develop and implement a “Restorative Code of Conduct.”

Their 12-point code includes values statements, including commitments to develop and maintain trust with each other and to respond to situations “with” each other rather than “to” or “for.” The code also includes specific practices, such as commitments by management to consult with staff on decisions that will affect them, by staff to give and receive feedback openly and honestly and for the whole team to review their progress a minimum of twice per year. Each staff meeting now includes a circle go-around on one of the points of the code.

Furthermore, Les Davey, CEO of IIRP Europe, meets regularly with staff to help with case management of the restorative processes. He pointed out how emotionally fraught these types of cases can be. When one identifies with another who has gone through a painful experience, one can’t help but be personally impacted.

Kenny admits, “There’s a dark undercurrent to the work that we do.” She says that administrators realized that the restorative practices, which they had begun offering to clients, could also be useful to help manage the intense feelings of staff.

To address this need, One in Four now uses a circle process to allow staff to debrief and share their emotions about the cases they are working with. Recently, after a traumatic event happened to a client, the staff who worked with that person called a special circle to share their own feelings about what had happened.

Self-care is crucial for those who work with clients who have experienced trauma experiences. (This need is a focus of the IIRP professional development event, Restorative Responses to Adversity and Trauma.

Davey has great respect for One in Four’s work. “They’re there for the long haul with their clients,” he says. “Any restorative meetings that come are part of a long-term process. It’s about offering a process with various steps along the way, to meet the needs of those who are victimized.”

Learn more about One in Four and IIRP Europe.