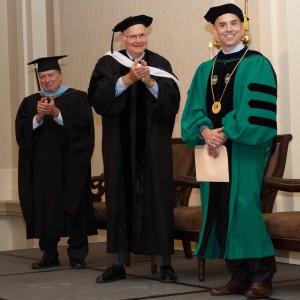 Many years ago, speaking as one of the first graduates of the IIRP graduate program, I stated that every generation of humanity faces a few clear and undeniable challenges. One central challenge for this generation is a crisis of community and relationships. More than any other time in history, we will live, communicate and relate to an incredible diversity of people. Global physical mobility, as well as social unrest and international conflict, make this a certainty for many decades to come. These realities challenge old social formations, ideas and norms.

At the same time, we face an array of pressures that serve to pull our human family apart. These forces are not new. They are quite old. War, greed, the will to wield power over our fellow humans and fear of the “other” are the most ancient of human enemies — all the more so because they have the ability to arise from within each one of us.

Now more than ever, we need strategies to build community.

These realities, in large part, explain the explosion of interest in the emerging social science of restorative practices. The power of restorative practices lies in the fact that the essential truths that it promotes call out to what is best in each of us. No matter who we are or where we were born, we all need strong relationships, families and communities, as well as workplace interactions in which we find meaning and a sense of belonging.

Restorative practices convey a simple idea: one with profound consequences for today’s world.

Our cofounder and first president, Ted Wachtel, expressed the fundamental hypothesis of restorative practices by saying that human beings are happiest, healthiest, more productive and more likely to make positive changes in their behavior when people in positions of authority do things with them, rather than to them, or for them.

In other words, our relationships, families, communities, workplaces and societies function best when clear norms and expectations are provided, along with strong personal support and nurturing. We all do best when communities are demanding, but also show deep fundamental respect to us as individuals.

These very human needs have been the same throughout human history — and always will be. It is in relationships with others that we find ultimate meaning and fulfillment in life. These are the universal factors that make an individual more likely to enjoy a life filled with meaning and purpose.

The IIRP is entering an exciting and creative period. At the same time, it’s experiencing the historically rare opportunity to help birth a new field of study.

Restorative practices is an emerging social science that studies how to build social capital and achieve social discipline through participatory learning and decision-making.

The mission of the IIRP Graduate School, which is accredited by the Middle States Commission on Higher Education, is to advance practice, scholarship and research in restorative practices. The IIRP’s faculty — all scholar/practitioners — are dedicated to helping individuals find ways to empower others and transform communities. The field is developing rapidly across national borders and professional disciplines.

But good ideas alone, even the right ideas at the right time, are not enough. To truly have an impact in the world, we need a theory of change that works, and we need to prove that our ideas can be brought to scale. For us, that has meant attempting to influence civil society through three primary vehicles: demonstration programs, professional development and training, and graduate education — as well as books and other media related to restorative practices. The IIRP recognizes that we cannot do everything, but those things we can do, we must do well. And we are.

Some highlights of the last few years include:

The studies are examining the effectiveness of restorative practices in lowering suspension rates and involvement in the juvenile justice system, improving school environments and helping students succeed in school. These studies include:

The IIRP offers regular conferences, convening practitioners and thought leaders in the field of restorative practices. It stages world conferences biannually in Bethlehem and abroad. For instance, within just one year, from June 2015 to June 2016, we will have held world conferences in Budapest, Hungary; Bethlehem, Pennsylvania; and San Jose, Costa Rica.

The IIRP is truly a 21st century higher education institution.

Our graduate program’s innovative hybrid learning structure combines in-person professional development with the option to enroll in online graduate course modules from anywhere on the planet. Our graduate students hail from many diverse regions around the world, and they’re collaborating to create a stronger, more participatory society. Our campus is — in a very real way — the world.

Our student body is diverse and growing quickly. Enrollment has grown from 111 students in academic year 2012-2013 to 194 in 2014-2015. Our current student body is comprised of 34% from the state of Pennsylvania, 42% from out of state and 24% from outside the United States. Our students represent teachers, social workers, lawyers, faith leaders, professors and elected officials. Therefore, our impact is far beyond those we teach: It is positively impacting communities across the globe.

Over the next few years, we will be greatly expanding of our graduate programs, professional development opportunities, civil-society projects and research, in the US and especially through our international affiliates: IIRP Canada, IIRP Europe, IIRP Latin America and IIRP Australia. We also have a growing presence in Asia.

Within the next year, the IIRP will regularly hold continuing education events throughout the year in all of these regions of the world. Whether you are a teacher in San Diego, a lawyer in El Salvador, a faith leader in Australia, a businessperson in Holland or a social worker in Singapore, there will be an IIRP educational event near you and an opportunity to join our international student body.

As president, I will also oversee the creation of a new donor campaign that will fund graduate scholarships for high quality students from less prosperous and more challenged regions of the world. We firmly believe that every community has within it the people, the will — and the capacity — to create lasting change. But we all can benefit from the support of others to bring our dreams to reality, and the IIRP will be well positioned to offer this support where needed.

The IIRP is also the intellectual home for an emerging social science. We will be offering a much wider range of symposia and events that are strategically designed to provide an open intellectual platform for people interested in building a more just and participatory civil society through restorative practices. This will help to create the intellectual and scholarly collaboration necessary to realize the promise of restorative practices as a social science.

For instance, this year the IIRP hosted a national symposium entitled, “Integrating School Climate Reform Efforts,” which brought together school climate reform leaders, researchers and educators from across North America. We made a point of inviting thinkers with whom we have had intellectual and programmatic debates over the last decade or so. I, along with the rest of the IIRP leadership, recognize that an educational institution can truly thrive only when it makes room for diverse ideas from beyond our own institution.

Within the next year, we will also be convening two symposia that will bring together national and international thought leaders to discuss race and education policy, as well as a criminal justice reform agenda for the 21st century.

Making the World a Better Place

In closing, from very humble beginnings, the IIRP and our network of friends and collaborators have bloomed into an intellectual and social movement that is having an impact on a scale far beyond our size. As an individual, I’ve often thought that a simple measure for a life well lived is to be confident in stating that the world is better for your having been in it. In the case of the IIRP Graduate School, we all can be confident in the fact that the world is being made a better place because we, together with all of you who support our work, are in it as well.