Update on Restorative Justice in Colorado - Anecdote & Code of Standards 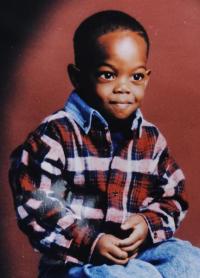 As Sharletta Evans prepared for her face-to-face meeting with the man who killed her son, she couldn't escape one uncomfortable but gnawing need — to touch his hands.

"The harm he caused me was through his hands," said Evans, whose 3-year-old son, Casson, was slain in a 1995 drive-by shooting. "The fact that he actually pulled the trigger, it was something about the hands that kept coming to me."

But when the opportunity arose May 23, Evans hesitated, uncertain whether she could follow through with her request of Raymond Johnson, the man serving life without parole for the murder.

There was so much else Evans needed from Johnson, and it had been so long. He was 16 at the time of his crime, but he now stood a month shy of his 33rd birthday. She had spent the years grieving and adapting to the loss of Casson before realizing she had gone as far as she could on her own.

When legislation last year cleared the way for a pilot program in restorative justice with the Colorado Department of Corrections, Evans — who had testified on behalf of the measure — embraced the opportunity to go first. She and her older son Calvin Hurd, who was 6 when gunshots peppered the car where he sat sleeping with his brother, began more than six months of preparation for a direct dialogue with Johnson.

Part of that involved revisiting the crime. Evans had driven with her two children to a northeast Denver duplex to pick up her grandniece because there had been a drive-by there the previous night. She left her sons in the car.

While Evans was inside, three teens drove by and sprayed more than a dozen shots at the house and car. One struck Casson in the head. It was later determined that Johnson fired the fatal shot.

Beyond a sheer willingness to participate in restorative justice, the offender has to meet a three-part test for acceptance based on demonstrating accountability, genuine remorse and willingness to repair harm. Johnson met all the criteria, though on the last count the only reparations he could offer were honest answers to a mother's unanswered questions.

Evans had no idea how the process would unfold — only that she needed to do it.

"I felt I'd reached a peak in the healing process from counseling, prayer, the support of my church," Evans said. "This was one final thing to receive my complete closure in the grieving process."

Read the rest of the article, including the dramatic account of the face-to-face meeting in the Denver Post here.

Whether the face-to-face meeting is requested by the victim, the offender or the referring agency, each participant must at some point make the choice to come of their own free will.

If the offender is incarcerated or otherwise involved in the justice system, he/she must still have the choice to participate in the restorative justice process or not participate.

Download a pdf of this document, which describes itself as "a living document ... ratified with intent to distribute, gather and consider broad community feedback as it is recognized that there is still room for improvement," here.

I'd note, too, that the pilot program Sharletta Evans participated in involves a restorative justice practice called "victim offender mediation" or VOM. The IIRP considers this process to be only "partly restorative." A restorative conference, on the other hand, is a "fully restorative" process that would involve not only the offender and direct victim or victims, but also family and friends of both parties who comprise the greater community of care and concern.

While IIRP recommends striving for the most inclusive process, it recognizes that any face-to-face meeting, when entered voluntarily by all parties, is better than no meeting at all.

In this case I think it is useful to note, too, that the mediation takes place within the context of a punitive justice system (a prison) and also that it came about at the prompting of the victim, to meet her needs. Another article posted at RJColorado by Colorado State Representative Pete Lee about Sharletta Evans' story notes that Evans actually testified last year on behalf of the bill sanctioning the use of RJ for adults in the state.