STARS (Students Taking a Right Stand) Nashville has been making a difference with young people, families and communities since it began helping students with drug and alcohol issues in 1984. Today a large nonprofit organization with 80 employees, STARS provides prevention, intervention and treatment services to address bullying, substance abuse and violence in schools, and with youth, families and communities across central Tennessee.

STARS has been incorporating restorative practices into its programs since 2000. “We’ve been committed to these processes since our first training with the IIRP 15 years ago,” says STARS CEO Rodger Dinwiddie, adding, “We’ve seen great success with these practices, with families, schools and community programs.” Long licensed by the IIRP to provide restorative practices training, STARS also sponsors IIRP professional development events in Nashville (including an upcoming Basic Restorative Practices event on April 21-24, 2015).

One of the biggest STARS initiatives involves school climate issues. With interest in restorative practices increasing nationwide, Dinwiddie is happy to see receptivity for the practices growing in Metro Nashville Public Schools (MNPS), as well. “Once they were reticent about it; now they’re excited.” 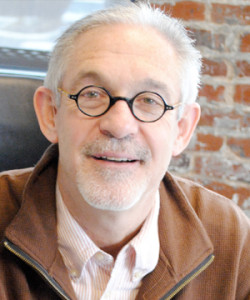 Rodger Dinwiddie, CEO of STARS NashvilleDinwiddie is very pleased about STARS’ participation in “Project Prevent.” The organization is partnering with MNPS Student Support Services on the grant, awarded by the U.S. Department of Education and the Substance Abuse & Mental Health Services Administration (SAMHSA) to address violence experienced and witnessed by students as well as identified gaps in current services within the district. The five-year grant is enabling STARS to bring restorative practices to a cohort of 14 Nashville schools and supports its work with the MNPS Community Achieves initiative, in lower-performing, high-poverty schools that are partnering with families and communities to improve student success.

MNPS staff, says Dinwiddie, is “very limited in terms of what they can do because of academic pressures they face. Project Prevent is an excellent initiative, bringing together an amazing array of support not previously seen for priority schools, providing five years of help to focus on reform and turnaround efforts.”

Through the grant, STARS will provide “support on the social-emotional learning side,” says Dinwiddie. “The Community Achieves schools will be trained in restorative practices, Olweus bullying prevention and Social Emotional Learning and/or Positive Behavioral Interventions and Support (PBIS): a convergence of all those initiatives together to shore up ‘the other side of the student report card.’”

STARS is a strong proponent of the Olweus Bullying Prevention Program in Tennessee and provides training in this approach. Asked how restorative practices and bullying prevention can work together, Dinwiddie says he and STARS value the 2015 whitepaper, “Integrating Bullying Prevention and Restorative Practices in Schools: Considerations for Practitioners and Policymakers,” published by The Center for Safe Schools, Clemson University’s Institute on Family and Neighborhood Life and the Highmark Foundation, and adhere to recommendations outlined in that report.

Dinwiddie explains, “We don’t believe that every situation that involves bullying necessarily needs to have a formal or circle process; we believe it depends on the nature of the offense and whether the child who bullied is willing to come to an admission of harm done. But when it works it’s great — when the child is truly willing to show remorse and seek restoration — there’s nothing like it.” He is, however, particularly sensitized to “the issue of restorative practices being a strategy not used in civil rights violations,” adding, “We value the legal scholars in the field who have cautioned against using restorative practices in protected civil rights issues, causing further unintentional liability on the school system.”

The most important thing about the fusion of restorative practices and Bullying Prevention, continues Dinwiddie, are “the emerging strategies as the fields come together.”

In that vein, Dinwiddie is very much looking forward to the IIRP Symposium: Integrating School Climate Reform Efforts, July 20-21, 2015, in Bethlehem, PA. As one of the symposium panelists, Dinwiddie will help explore how the various reform models can be integrated and implemented in schools nationwide.

With STARS actively combining these models in its school-climate programs, Dinwiddie is eager to contribute to the conversation at the IIRP School-Climate Symposium. “This is not dissimilar with the Project Prevent grant,” he says: “To bring together initiatives and efforts whose goals are the same but who haven’t worked as closely in concert together because of time and resources.”