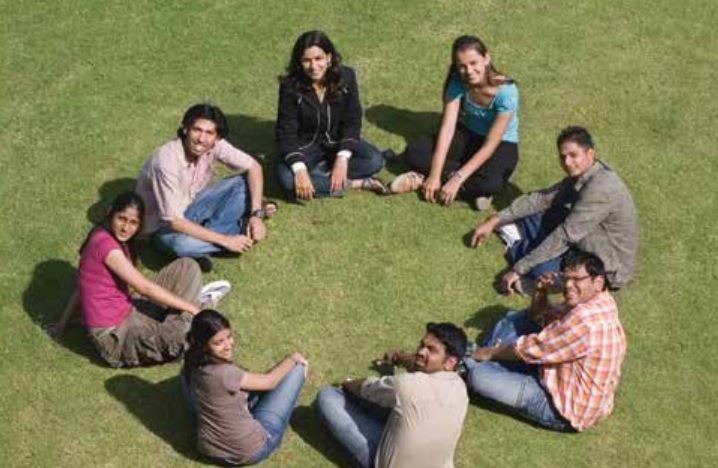 The following article by IIRP Assistant Director for Communications Laura Mirsky and IIRP Trainer and Consultant Steve Korr appeared in Principal Leadership, Vol. 14, February 2014. The publication coincides with a presentation by Korr at the National Association of School Principals' 2014 Ignite Conference.

How can schools teach high-level academic content effectively and also promote students’ social and emotional development and help them become better members of society? Those goals are not mutually exclusive; they feed each other. Restorative practices provide an overarching philosophy and specific strategies that develop relationships, communication, empathy, and accountability and support school climates that enable learning to flourish.

The philosophy and processes of restorative practices were developed by the International Institute for Restorative Practices (IIRP) Graduate School in Bethlehem, PA, and its demonstration programs in the Community Service Foundation (CSF) alternative schools and programs for delinquent and at-risk youth. The fundamental hypothesis is that human beings are happier, more cooperative and productive, and more likely to make positive changes in their behavior when those in positions of authority do things with them, rather than to or for them.

This with hypothesis informs the continuum of restorative practices—from the informal to the formal—and includes reactive strategies that engage students in supportive processes that allow students to take responsibility for their behavior as well as proactive processes that build relationships and community. (See figure 1.) Restorative practices can completely change the climate of a school, not only reducing incidents of misbehavior but also fundamentally changing the way people in the school community interact.

The schools included in this article are participating in IIRP’s SaferSanerSchools Whole- School Change Program, which involves every member of a school community, including administrators, teachers, staff members, and students. Many of the schools are in large urban districts, and they all face such issues as disrespect, violence, fighting, bullying, and lack of connection between students and staff members. They also all want to improve relationships and feel more like a family.

Warren G. Harding Middle School is a grades 6–9 school in Philadelphia, PA, and is in the second year of implementing restorative practices. Michael Calderone, Harding’s principal for six years, said that restorative practices have “completely changed the way we do the business of school here.” Harding uses both reactive and proactive processes.

REACTIVE PROCESS
When a student was given an out-of-school suspension before restorative practices were introduced, administrators met with the student’s parent or guardian without the student present. The student would return to class after the suspension angry and frustrated, repeat the behavior, and get suspended again, said Calderone.

Now as an alternative to suspension—if the incident isn’t on the school district’s list of nonnegotiable offenses—the dean of students, the student, the parents, the teacher, and sometimes the student’s entire class meet in a circle and answer the restorative questions to explore what happened, hold the student accountable for the incident, and repair the harm. (See figure 2.) If suspension is mandatory, a circle is held to reintegrate the student into the classroom when he or she returns.

This reactive process enables the student to hear how his or her behavior affected others, make amends, repair harm, and shed the “offender” label. Others who were affected have a chance to be heard and to feel better about what happened, and fellow students have an opportunity to learn from their peer’s experience.

PROACTIVE PROCESS
As one of several Philadelphia schools that admitted students from the more than 20 schools closed by the city, Harding’s student population has increased from 600 to 900. Because returning students model proactive restorative practices for new students, however, Harding is running much more smoothly than it would have otherwise, Calderone said.

Proactive circles are held regularly in every classroom to enable students to get to know one another and build community. Teachers hold check-in circles first thing Monday morning for students to share their weekend activities, which can be “anything from going to the movies to getting arrested,” said Calderone, and to set goals for the week.

As students become comfortable with the circle process and trust it as a way to address problems, they start to ask for the chance to participate in a circle. For example, when a new student at Harding was disrupting classes and annoying his fellow students, the students asked their teacher for a circle. “Instead of shoving him and telling him to shut up, in the circle, the kids told him, ‘We welcome you, but this isn’t how we work here. We have plans. We want to learn. You need to get on board,’” the teacher said. The new student listened to his peers and matters improved.

The most basic and informal proactive restorative practice, the “affective statement,” involves addressing behavior by telling the person how his or her actions make you feel, rather than commanding or yelling—saying, for example, “When you disrupt class, it hurts my feelings,” rather than, “Sit down and be quiet!” “I statements” humanize the person making them and can foster a change in the dynamic between a teacher or an administrator and a student because students often aren’t used to thinking of adults as people with feelings.

“You have to retrain yourself to think that way,” said Calderone, who credits a staff member for helping him be more aware of that. “I yell at kids sometimes. This is a tough school with some tough kids. One of my counselors called me on it. She was crying. I said, ‘Wow, I didn’t realize I was so unrestorative still.’ It really made me reflect.”

POSITIVE CHANGES
The effects of reactive and proactive restorative practices are reflected in the discipline data collected at Harding at the end of the 2012–13 school year: out-of-school suspensions went down by 65 incidents. Calderone believes that academic performance also improved. With less disruption in the classroom, more time can be spent on instruction. When fewer students are removed from the classroom, more are included in the learning process.

The restorative approach represents a big shift. “We’re taught to direct and control things,” Calderone said, “but kids need to need to take ownership for their own learning and behavior, and middle school is a crucial time for this. These kids aren’t babies anymore. We’re preparing them to be more independent.”

Louis E. Dieruff High School, a grades 9–12 school in inner-city Allentown, PA, completed one year of restorative practices implementation during 2012–13 and is embarking on a second. Susan Bocian, an Allentown educator for 30 years and the principal at Dieruff for 4, said that restorative practices have enabled everyone in the school to listen and learn from one another, bringing together “the whole Huskie family—staff members, students, families, community, alumni—anybody invested in our purpose, which is student learning. We pause and value each other for our contributions and our perspectives.”

Dieruff is employing reactive processes to respond to wrongdoing and proactive processes to build community. Bocian noted the following changes after implementing restorative practices: an 85% decrease in out-of-school suspension; a 45% reduction in “late-to-school” infractions; an 85% increase in the use of “reflection journaling”; and a 65% increase in goal-setting sessions with deans, teachers, and students.

When implementing restorative practices, it is as important for teachers and staff members to employ them with one another as it is with their students, said Bocian, who is using proactive circles in staff meetings. “I started to realize the power of that little strategy early on, and I modeled it at every department chair and administrative team leadership meeting,” she said. “The process of sharing even little things about ourselves has humanized everyone. Staff meetings are filled with laughter, smiles, and empathy. And because we’re modeling it in our meetings, the teachers are doing the same in their classrooms.”

Bocian also uses go-arounds to elicit opinions from her staff members on important decisions and to build leadership, and said, “The wealth of knowledge I’ve gained from my staff has been really good.”

William Allen High School, in Allentown, PA, also had big challenges in attendance and discipline, said Shannon Mayfield, a former principal. One year of restorative practices significantly changed the school climate, producing a 41% decrease in fighting, a 63% decrease in cutting classes, and 64% decreases in “late to class” and “late to school” violations. In addition to a restorative approach to discipline, Mayfield attributes those improvements to routine classroom check-in circles and to teachers including students in the planning process for their education by regularly asking them what they need do to improve and engaging with students to discuss sensitive subjects.

The positive school climate change at Allen increased outside community participation in school activities by 80% to 100%. “People saw our kids and teachers really engaged and wanted to take part,” Mayfield said. Mayfield is now the principal of Overbrook High School in Philadelphia. Like Harding Middle School, Overbrook is welcoming students from shuttered schools. About implementing restorative practices at Overbrook, he said, “I can see growth taking in place within the school and the community in a way they can be proud of.”

Plymouth Educational Center, a public K–12 charter school in Detroit, MI, has implemented restorative practices for two years. Christopher Plum, formerly Plymouth’s chief academic officer and now a leadership team consultant there, said the practices have helped the school “be more proactive in creating a healthy culture” and given it “a framework for asking questions and eliciting responses that are real and provide not just Band-Aids but a way to deal with root issues.”

Plum illustrated how restorative practices have created a culture of communication and safety at Plymouth with a story: An argument between two boys in the school cafeteria exploded, with 10 kids taking sides and joining in. Because some of the boys had past neighborhood gang affiliations, it was serious. As adults tried to separate the boys, a ninth-grader stepped in and offered to run a circle. The students had been “doing circles” for checkins, with academic subjects, and to deal with issues, so they knew what to do.

The ninth-grader ran the circle while the adults left the students alone (watching through a window). The boys took turns having their say around the circle. Soon the two who had started the fight realized that their argument had been based on a misunderstanding, and their hostility faded as quickly as it had flared. In the end, the two were hugging and in tears.

With the fight defused, students pulled out their cell phones and started texting. Outside the school, four cars that had been idling next to the building full of gang members who’d been called to join the fight drove away.

“Somebody could have died that day,” said Plum. But because Plymouth’s students had learned to manage conflict with their peers, it didn’t happen. Plum added, “With restorative practices, we’re empowering kids to take charge of their own lives.”

This article, "Restoring Community and Trust," appeared in Principal Leadership, Vol. 14, February 2014, a publication of the National Association of School Principals.