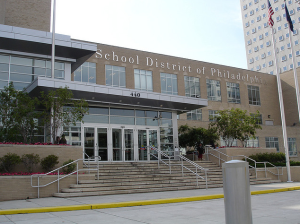 The IIRP’s SaferSanerSchools Whole-School Change Program will help the schools build relationships between students, staff and parents; create a sense of community; improve student behavior; reduce violence and bullying and establish school climates conducive to learning. Rather than just reacting to incidents after they occur, the program implements proactive techniques that foster relationships and a sense of belonging.

The IIRP’s Whole-School Change Program has been implemented at Bethlehem’s Freedom and Liberty high schools for two years and at Allentown’s William Allen and Louis E. Dieruff high schools for one year. The Bethlehem schools reported significant reductions in disciplinary incidents, particularly following the second year of implementation. In the Allentown schools, discipline referrals are being addressed in a restorative manner and the school climate is improving, due to the commitment of school leadership to restorative processes.

Dr. John Bailie, IIRP assistant professor and director of continuing education, says, “Lehigh Valley educators have been leaders in bringing restorative practices to Pennsylvania schools, and the children are benefiting from improved school culture. Now, the School District of Philadelphia and The Philadelphia Foundation are showing tremendous vision in their commitment to youth. Our children deserve safe school communities where they can learn, thrive and realize their potential to become productive citizens.”

Also receiving a portion of the $730,676 three-year grant will be The Devereux Center for Effective Schools, which will work with additional schools.

“The grant aims to provide a comprehensive long-term approach that will change the culture of schools in which the threat of violence prevents learning and achievement,” says says R. Andrew Swinney, president of The Philadelphia Foundation. Adds Philadelphia School District superintendent Dr. William Hite, “We are delighted to have this extensive and sustained level of support to address a persistent problem.”