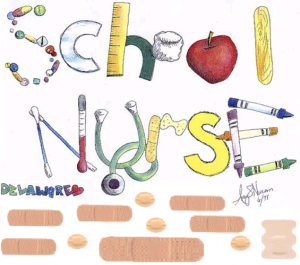 The following are excerpts from a recent article published in School Nurse News by Laura Mirsky, IIRP Assistant Director for Communications.

Kathleen Hawkins, a school nurse at Liberty [High School in Bethlehem, Pennsylvania] for 15 years (25 years overall), was trained in restorative practices along with all of Liberty’s staff. Hawkins says that restorative practices has allowed her to improve her nursing practice. She has found the restorative approach to be fundamentally compatible with the nursing process, as set forth in the acronym “DAPE” — Data, Assessment, Plan and Evaluation. Says Hawkins, “Like with restorative practices, you sit down and collect information about a patient — how they feel — then you assess the information, plan how you’re going to handle it and evaluate what you did. That’s the way nurses think.”

The difference is that restorative practices is more intentional in terms of collecting emotional data, says Hawkins. ...

Hawkins told a story about a young man who is frequently in the health room because “his lips are cracked; he has a headache; he’s hungry; he’s bored; he just wants someone to smile at him.”

One day the young man came into her office with a headache. Seeing that everyone was busy, he took a Tylenol out of the cabinet himself. When she realized what had happened, instead of losing her cool and yelling, Hawkins asked him restorative questions: “What happened?” and “What were you thinking of at the time?” The boy explained that he had wanted to help Hawkins because he could see how busy she was. “That made me stop a minute,” said Hawkins. “He truly thought he was helping.”

When the school principal joined Hawkins and the boy, they employed another restorative practice, making “affective statements” to let him know how his actions had affected them. Said Hawkins, “We explained how he had scared us, that taking something might have made him sick, and that we were responsible for him.”

“We didn’t punish him; we discussed why what he had done was inappropriate,” said Hawkins, adding,  “He understood and apologized. This was much better than suspending him. He never did it again.”

Jackie Exum has been a nurse at 800-plus-student, inner city West Philadelphia High School for nine years and a school nurse for 11 years. She’s the only nurse at “West.” Exum earned a Master of Science in Restorative Practices at the IIRP Graduate School...

Like Hawkins, Exum employs affective statements and restorative questions with students. “Most of the time I see them at their worst: in pain after a fight or severe injury,” she says. “They’re worked up and I can’t even start taking care of them until they blow off steam.”

When a student comes into her office injured after a fight, Exum will ask the restorative questions: “What happened?” “What were you thinking about at the time?” and “How do you think you could have handled this differently?”

When she asks the latter question, “Sometimes they are very angry and they will say ‘There is no other way,’” says Exum. But as she finishes dressing the wound she will ask again: “You’re injured and the other person is injured. How do you think you could have handled this differently? I get them to think about it. They’re not just in and out of here.”

Sometimes when dealing with students, Exum utilizes a restorative practice she learned about at the IIRP Graduate School called “Compassionate Witnessing.” This process is defined in Kaethe Weingarten’s 2003 book Common Shock as intent listening that avoids interrupting, interrogating, offering advice or conclusions, minimizing, denying the veracity of the speaker, sharing one’s own problems or making judgments or pronouncements. Compassionate Witnessing can help adults discover student problems that might otherwise go unnoticed and unaddressed.

Exum explains, “After I get the student’s name and grade, I ask, ‘How can I help you?’ Then, ‘What happened?’ As I ask that, I turn away from the computer and give them my undivided attention. Just that entry helps them to share.”

A boy came into Exum’s office who had been attacked and injured outside school. As she gave him her full attention, “He began to share with me how he was jumped by some boys,” she says, adding, “I told him how sorry I was. Then I asked, ‘could you identify the boys?’ That led to things he began to share about what was going on in his home and trying to get his work together.” Exum contacted a mentor working at the school with the City Year organization, as well as a counselor, to help the boy.

Exum is holding circles with her students who have diabetes — one girl and four boys — one of whom is a special needs student. At the first circle they introduced themselves and each shared a story about how they learned they were diabetic. Then the conversation took off: the students discussed difficulties they face, expressed anger at their condition, shared coping tips, laughed and just enjoyed each other’s company. The circle made them all feel less alone. These circles are a regular occurrence, which Exum is also using to challenge the students to drink more water and eat foods that are healthy for them.

The full article may be viewed and downloaded at School Nurse News by clicking here.