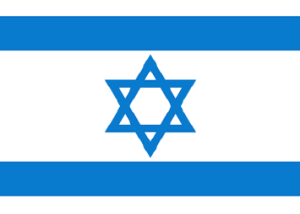 Israel is home to many different people and communities. Restorative dialogue among these individuals and groups and between them could make life much more relaxed and happy.

Following these developments, 15 professionals from the disciplines of education, social services, justice and academics from across Israel, including attorney and IIRP trustee Zvi Gabay, joined minds, expertise and points of view to formulate a Declaration of Restorative Principles, inviting as wide an audience as possible to adopt the restorative principles in daily life and apply them in the arena of criminal justice as well as elsewhere.

To disseminate the restorative concepts and encourage inter-group restorative discourse, a Restorative Dialogue Week (May 13-17, 2012) was initiated in Israel. The goal of this week is to raise awareness of the potential restorative justice and restorative practices carry for making a grand social change in Israel, to awaken thinking and ignite initiatives of restorative applications in all aspects of life.

Prof. Uri Yanay, from the School of Social Work and Welfare at the Hebrew University of Jerusalem, and Dalia Tauber, director of The Israeli Center for Restorative Practices, have initiated this week. It will be officially launched at a ceremony at the Hebrew University of Jerusalem. The Israeli Minister of Justice, Prof. Yaakov Neeman, and Supreme Court Justice Elyakim Rubenstein will address the meeting.

Following this ceremony, five seminars will take place at five different universities in Israel. Participants in these seminars are representatives from justice, police, probation and youth probation services, the prisoners' rehabilitation authority, children and family services, welfare agencies and education.

Dalia Tauber will address the gatherings and present the Declaration of Restorative Principles: Promoting a Fair and Safe Society in Israel.

Some highlights of the week include sessions on:

Download a copy of the Declaration of Restorative Principles here.