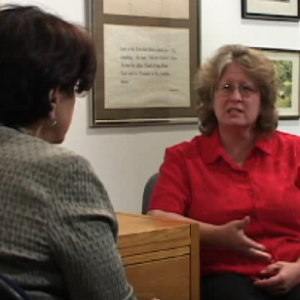 Motivational Interviewing (MI) is a collaborative, restorative dialogue process that supports people in identifying their goals and achieving positive changes in their lives. Practitioners in a wide range of settings — including juvenile justice, drug and alcohol recovery, health care, education and the workplace — are employing MI to help people discover for themselves what stops them from making progress, so they can move forward.

“It’s all about being authoritative without being judgmental,” says Dawn Schantz, Motivational Interviewing consultant for juvenile justice in the state of Pennsylvania. Instead of giving advice, in MI, the focus is on building rapport, then engaging people in conversations centered on identifying their own intrinsic reasons for wanting to live differently.

Motivational Interviewing: Restorative Dialogue and Interventions for Change, will be offered by the International Institute for Restorative Practices (IIRP) for the first time, in Bethlehem, Pennsylvania, in July. This two-day professional development event is part of the IIRP’s continuing effort to expand the field and ally with effective, parallel restorative practices.

“The MI event will be very hands-on and interactive, with a lot of role play,” notes IIRP Graduate School lecturer Elizabeth Smull, who will co-facilitate the event with Schantz. “People will be able to use it as soon as they go back to their workplaces.”

“MI gives people a structure for making big life decisions,” explains Schantz. Adds Smull, “It’s a person-centered counseling style for helping people address ambivalence around change and come to their own conclusions. It’s restorative because you offer people support to take control over their lives.”

Motivational Interviewing was first developed and employed in the field of addiction counseling. It became clear that outside pressure and punishment were not effective in helping people change the behaviors that were harming them. But when people could find intrinsic, personal motivation to change, they were able to free themselves from drug and alcohol use.

The MI mindset also helps professionals attend to their own self-care. Schantz observes. “We’re not telling clients, ‘I’ll fix everything for you, or ‘I’ll take care of it.’” Consequently, the provider is removed from the responsibility of success or failure. “It’s the person you work with. They set the pace.”

The MI professional development event will focus on a series of core skills, including open-ended questions, affirmations, reflective listening and summarizations. These skills take the restorative approach to a deeper level, establishing a framework for dialogue, increasing empathy and allowing the person being helped to do more of the talking.

The event will also teach the “Stages of Change” outlined in Motivational Interviewing. These stages help practitioners connect with people where they are, starting with thinking they don’t have a problem, moving to a state of awareness and ambivalence, then making plans for change and ultimately taking action.

Concludes Smull, “It’s cool to teach people from beginning to end the ways they want to implement change. I get out of the way and let them figure out their own journey, just by being a partner.”