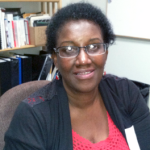 Attorney and author Hazel Thompson-Ahye has long been deeply committed to reforming justice. Now it is her mission to implement restorative practices in her home country of Trinidad and Tobago, as well as other parts of the Caribbean.

After first hearing about restorative justice in 1999 from New Zealand prison chaplain, Father Jim Consedine, at a Penal Reform International conference in London, Thompson-Ahye was inspired to become involved in initiatives that attempted to bring restorative justice to Trinidad and the Bahamas.

Then in 2012 she read an article online from the IIRP about how restorative practices could help stop the school-to-prison pipeline and thought, “There’s a school teaching this? I have to go.”

After participating in an IIRP training in restorative conferencing, Thompson-Ahye took what she had learned back to Trinidad. She set up trainings and worked hard to spread the word about them. A wide range of professionals attended the trainings, from police, to faith leaders, to teachers, school counselors, social workers and children’s home staff. She also held a training for juvenile justice personnel on the island of Dominica.

The training participants were very excited by what they learned, says Thompson-Ahye, and there is interest in both Trinidad and Tobago and Dominica in incorporating restorative practices into their justice and education systems.

Thompson-Ahye has now participated in the IIRP Training of Trainers for both Restorative Conferencing and Introduction to Restorative Practices and Circles.

“With conferencing, we are dealing with reactive processes,” she says. “We need to look at the proactive and the preventive, as well.” She now plans to train others throughout the Caribbean in the entire range of restorative practices.

Thompson-Ahye dreams of centers in every community, with facilities for conferences to resolve problems. She also wants to identify schools and agencies — private and governmental — that will implement restorative practices.

“Before the end of next year, that dream will be realized,” she vows, although, she acknowledges, “It will be an uphill task. How do we get judges and magistrates to buy in?”

But Thompson-Ahye is unwavering in her determination to make restorative practices the norm. The restorative approach, she says, “brings out the best in human nature: faith and goodness and people’s ability to change. This is particularly important with youth. Politicians are too quick to condemn youth to eternal damnation. We must talk reintegration. Our children are our future, and if we don’t save them, we are doomed to fail. I won’t be turned back.”