Texas school turns it around 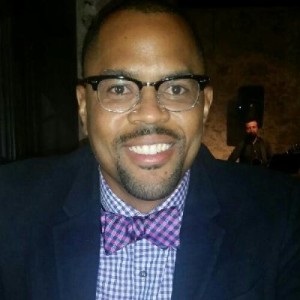 Last year, one boy was suspended four or five times. “He always had an issue and never took responsibility for what he did,” Jones explains.

Now, regular circles in classrooms and staff meetings are building relationships between and among teachers and students, and the school is a calm and happy place. Moreover, suspensions have decreased by 90 percent.

Jones’s default response to student misbehavior used to be suspension. But that did nothing to improve behavior, academic performance or school climate. So the school changed its suspension policy, at first implementing what Jones says was purported to be “restorative practices.”

Jones was no longer permitted to issue a suspension to a student who had committed an infraction. Instead, the student was removed from class, had a brief conversation with a “restorative coordinator” and was sent back to class.

This process worked no better than suspension, Jones reports. This is because, he says, the student never repaired the harm and never had an opportunity to build a relationship with the teacher, and returned to class resentful and upset.

Then Jones learned about the restorative practice known as circles, which give a voice to students and staff alike. He received training in how to employ circles from a local nonprofit organization, Life Anew Restorative Justice, and learned strategies from the University of Texas Institute for Restorative Justice and Restorative Dialogue, directed by Dr. Marilyn Armour.

Manor DAEP’s teachers now hold circles in their classrooms three times a week: to “check in” on Mondays, “check up” on Wednesdays and “check out” on Fridays.

The circles allow teachers to build relationships and intervene with students before problem behaviors start, writes Jones. They have also enabled students to work with teachers to develop mutually agreed upon norms and encourage accountability from teachers and students. 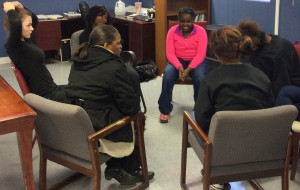 Now Manor DAEP’s students like being at school, even though they’ve been sent away from their home schools for behavior infractions. Here, they feel heard and respected.

The boy who was suspended so many times has become a leader. If he misbehaves, he takes responsibility and apologizes. He holds others accountable for their behavior, including Jones himself!

The students have also made progress academically. Jones says that’s because he used to spend a lot of class time going in and pulling kids out of class. He doesn’t have to do that anymore.

It’s not just students who are benefitting from these practices. When staff members have problems, they meet in circles to express their issues and receive feedback from one another. “My staff members tell me they love coming to work every day,” notes Jones.

Manor DAEP recently received the highest possible rating for school climate. The next step, says Jones, will be training teachers to incorporate restorative practices in teaching and learning.

Jones sees “immense” potential for restorative practices in Texas. He would ideally like to see the practices implemented district-wide, and, someday, throughout the state of Texas.