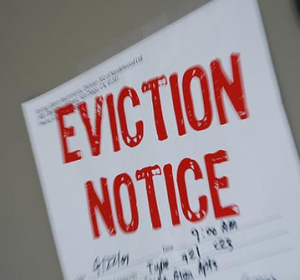 Eigen Kracht (Dutch for “Our Power”) is a non-profit organization that has done an incredible amount of grassroots work throughout the Netherlands to make the family group conference (FGC, which in North America is known as Family Group Decision Making or FGDM) the go-to process for empowering people and their communities of care to find solutions to some of their most pressing problems. Eigenkracht has trained community volunteers throughout the country to interface with social services and other government agencies, to coordinate with families, and come up with plans, particularly with regards to caring for children at risk of placement in the social welfare system. But Eigenkracht has always argued that FGC may be used more widely, whenever a family needs to make a plan requiring the support of its larger community of support.

In a recent email, Eigenkracht explains a novel use of the FGC, which it offers in cooperation with Foundation Eropaf!, for cases when a family faces eviction from their rented home. In some cases, eviction can be avoided. In others, the conference helps the family transition to a new living situation and resolve some of the underlying problems that led to eviction.

According to the email (and thanks to Google translate), "Foundation Eropaf! has a nationwide Expulsion Prevention Hotline, where tenants and also family members or professionals may announce a situation of tenant rent arrears. The foundation then looks at the situation and determines whether an FGC might be arranged. The Regional Manager of the Family Group Conference for Rotterdam Cora Veelen said: 'It is important to propose an FGC to the tenant at an early stage. If the rent arrears is not too big, some special arrangement can even be made with the credit bank, for example.'"

The email notes, "Amsterdam housing association first used FGC with rent arrears in 2008 and 2009. The positive results led to a successful two-year pilot beginning in 2010. Almost all FGCs in the pilot managed to avoid eviction. Moreover, the tenants were still paying their rent on time one year after their conference. ... For a tenant shame often plays a role while family and friends do not know what they can do. ... The family group conference provides friends and family with a role to play rather than allow everyone to sit on their own island while the rent debt continues to rise.”

In one case, Saskia, a single mother of three, could not pay the rent after she divorced. Fifteen people attended her conference, plus five more could not attend but promised to help. Saskia's mother, in particular, felt the burden lift from her shoulders when she saw how many people were there to support her daughter and grandchildren. The resulting plan ensured temporary housing for Saskia and her three children, set up emotional supports, and established steps to getting information to secure future permanent housing. A plan was also established for the FGC coordinator to call a month later to see how the plan was being implemented.