Salmon Fishing in the Yemen – Isn’t it about engaging community in a disconnected world!

In reviewing the movie “Salmon Fishing in the Yemen” on April 14 Miranda Cashin in The Chronicle wrote, “If you are not a fisherman, it’s hard to get excited about fishing… But it is more than just a film about fishing… It is a tale of faith, of hope about reaching for a dream and clinging onto it despite all odds.” 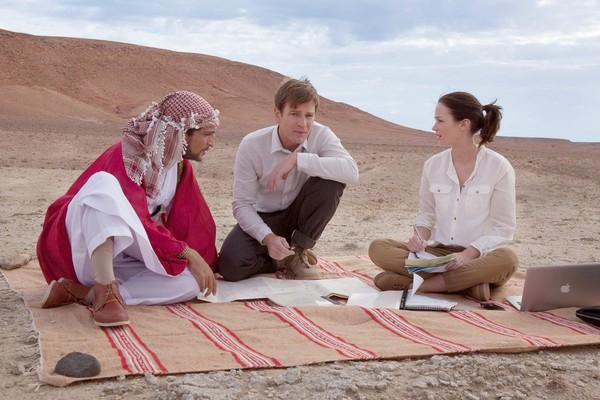 For me, as a restorative practitioner, watching that movie there was indeed more than fishing…   and even more than reaching for a dream… for me it is about restoratively reaching a dream while at the same time truly dealing with, and reducing, the odds.

A rich Yemeni sheikh, who is ready to spend millions to bring salmon to his community, never even for one minute thinks to share his idea with and engage the other members of his community. This lack of communication and fair process, through which the affected community might be but are not engaged in a dialogue, creates distance between the Sheikh’s dream and the reality in which the community members live. Furthermore, the “top-down” architecture of the Sheikh’s plan leads to a “bottom-up” development fueled by distrust, fear and bitterness toward decisions and actions deriving from outside the community.

While discussing the situation of violence and tension between leaders and the community in Syria, Eli McCarthy, as quoted onthe Restorative Practices blog, suggested that such feelings of distrust, fear and bitterness could be dealt with through the use of restorative practices to facilitate healing. Of course we don’t see that in this movie!

Only toward the end, when the project has actually succeeded but is then destroyed by the bitterness of some members of the community who felt neglected, do we hear Dr. Fred Jones (Ewan McGregor) from the department of fisheries and agriculture, who was brought from England to help bring this project to life, state that he will not give up but will go ahead and try again, and this time he will make sure to involve the community members.

For me, this is what the movie is about. Not fishing, not faith and hope, but about the awareness of the importance of engaging all affected parties to bring a dream to life.

Sometimes good intentions lead to hell. Doing things “for” others or “to” others is like stating indirectly that they are inferior. But to communicate, engage and do things “with” others enables us to achieve and celebrate success.