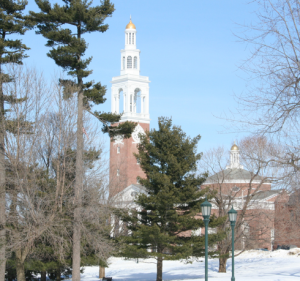 When it comes to responding to inappropriate behavior on the college campus, a small but growing number of professionals responsible for addressing student conduct at colleges and universities are recognizing the potential of restorative practices to help young adults take responsibility for their behavior and set a new course.

Rafael Rodriguez, Assistant Director of Redstone Campus & Community and Leadership Development at the University of Vermont (UVM), discussed a conduct case he heard a couple years ago involving two first year men who were documented three times for using drugs and alcohol by resident advisors (RAs) in the first week of the academic year.

He started the hearing, he said, by giving the young men a typical lecture. He said things like, "You just got here! Why are you acting this way? Don't you realize the impression you're making on the community?"

But mid-way through, Rodriguez realized he was simply "talking at" the young men, and he decided to take a step back. The year before, UVM had implemented restorative practices training for all RAs across campus, and Rodriguez realized that this training could also help him do what he was doing in the conduct hearing. He stopped his lecture and instead he asked the young men a question. "What's happening for you that you're acting like this?"

He spoke the question not out of frustration, but instead out of genuine concern and curiosity to learn what was going on in these young men's lives, and it was the right question to ask. According to Rodriguez, the boys suddenly began talking. They said, "Okay, we’re new here. We're trying to make a connection. We want to have friends. We're trying to find a community to fit into."

"They really opened up," said Rodriguez. "They had no problem being vulnerable and that made me feel that I could also be vulnerable with them. I told them, 'I have to be honest, I’m really feeling frustrated that this is the way you've chosen to show up in our community, but at the same time, I am feeling good that you’re willing to open up and share some of your fears and feelings about why you acted this way.'"

As the conversation continued, the young men not only admitted to their transgressions, but also some things that RAs had suspected but could not prove. The young men even said that they were afraid for themselves, fearing their behaviors would become a pattern, and that they would not be able to succeed in their classes.

Ultimately, the meeting with the young men still resulted in sanctions for what they had done, which meant they were required to write reflection papers that wound up incorporating elements of their conversation during the conduct hearing.

Even better, the meeting had enough of an impact that the young men did not get into serious trouble again for the rest of the year. In fact, one of the young men, at Rodriguez's suggestion, got involved in "Hall Council" and ran for president. He ended up serving in that capacity for the entire year, and the times Rodriguez saw him in his office were to discuss budgets, funding for student activities and even to express concern for other members of his community.

While this anecdote demonstrates a somewhat informal use of restorative practices during a formal student conduct hearing, a more formal restorative conference can also be used to respond to other types of incidents. Conferences provide a tool to heal a campus community when a more serious incident has taken place.

During the first year of implementation of restorative practices at UVM, a student who was skateboarding in a residence hall, and should not have been, inadvertently broke a sprinkler head and set off the sprinkler system on the entire floor. Ten rooms were badly damaged, costing literally thousands of dollars, and a number of students were temporarily displaced. Normally, after such an event the student would eventually feel so uncomfortable that they would self-select to leave that community.

Instead, however, UVM residential staff held a restorative conference, and the young man not only had an opportunity to talk about what he had done, which was clearly an accident without malice intent, but he also had an opportunity to take responsibility and clear up negative and untrue rumors that had spread. The other students also had a chance to vent their feelings about how they had been impacted by the sprinkler going off, many of whom had lost expensive laptops, lost hours of sleep, had to deal with lost assignments and were forced to move until the damage was repaired. The ability for both sides to process the incident and share their feelings helped the community to move forward and for that resident to remain a part of it.

Director of Residential Life at the University of Vermont Dr. Stacey Miller said, “In the four years since we have implemented restorative practices into all facets of our residential life experience, including student conduct, we have seen a tremendous change in how our students respond to incidents of wrongdoing and harm. There are hundreds of examples like these that we have experienced since we began our journey. There is no doubt that restorative practices is making a difference in how we build community and navigate harm.”

For more information about how to implement restorative practices into your student conduct processes, IIRP will be conducting a training November 14-15, 2013, at the University of Vermont in Burlington titled "Facilitating Restorative Conferences: Strategies for Student Conduct on Campus." Learn more. 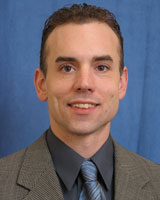 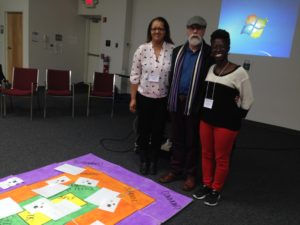 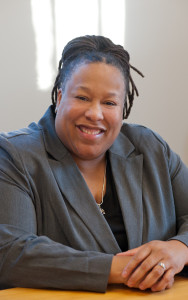 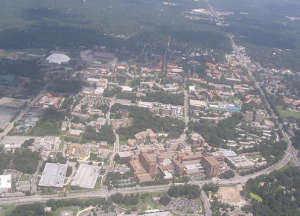