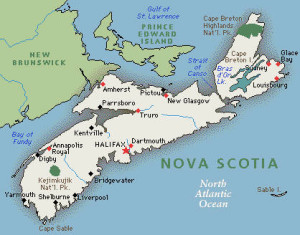 In Nova Scotia, where IIRP held its 14th International Conference in June, the province celebrated 10 years of success with restorative justice programs during national restorative justice week, Nov. 13-20. The province has developed a very widely integrated approach to RJ. In her welcome address at the Halifax conference, Jennifer Llewellyn noted, "After a successful pilot that began in 1999, the program has been fully operational since 2001.  The past 10 years has seen the program develop through a robust partnership between government and community throughout the Province.  The program is accessible to young people 12 to 17 years of age at all stages of the criminal justice process. "

The Integrated Adult Restorative Justice Pilot Project is being piloted in Cape Breton and Colchester counties and has had 250 referrals since being launched in February. The program partners with local community organizations including the Island Community Justice Society, the John Howard Society and the Mi'kmaw Legal Support Network.

Dalhousie University professor Donald Clairmont, an expert in the field of restorative justice, will be evaluating both pilots.

"This is a great program. I'm in the process of interviewing offenders, victims, police and other community partners and they all say that the program is valid and has a positive impact," said Mr. Clairmont.

A key part of the program is a meeting where the victim, offender and members of the community share their experiences and concerns to help reach an agreement outlining how the offender will make reparation. The referrals are made by either the police or the Crown and may come before or after charges are laid.

One victim of minor theft in Cape Breton said that she was pleased with how personal it was and with the involvement of all who attended.

Offenders referred to the program range between 18-70 years old, with slightly more males than females. Most of the offenders have committed a minor offence like theft.

The bulk of this story was originally posted here.