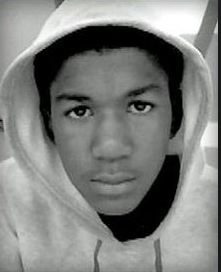 Considering the national focus on the George Zimmerman murder trial, particularly over the past month during the trial and its conclusion with a "not guilty" verdict Saturday, this piece, "Restorative Justice for Trayvon Martin," seems particularly relevant. Written by Dr. Mikhail Lyubansky, a professor of psychology at the University of Illinois, Urbana-Champaign, and originally published in the Journal for Social Action in Counseling and Psychology, Volume 5, Number 1, Spring 2013, a "Special Issue on Violence against Individuals and Communities: Reflecting on the Trayvon Martin Case," this piece reflects on a variety of issues, including racism, the justice system, and the needs of communities for healing after a crime.

In the abstract to the piece, Lyubansky writes:

Two cities. Two people of color fatally shot by those charged with security and law enforcement. Two communities torn apart across racial lines. One city reacts conventionally with criminal charges and court proceedings. The other similarly engages the legal system but additionally engages in a Restorative Circle, a restorative process designed to create conditions for mutual understanding and repair of harm. In this article, the case of Trayvon Martin is  juxtaposed with a less well-known case in Seattle involving the death of Native American woodcarver, John T. Williams. The two cases are summarized and examined in terms of their racial dynamics and the subsequent differential impact of the restorative response on the Seattle community.

Lyubansky examines the racial divide in the Martin case from a variety of perspectives. This can be summed up in a quote from broadcaster Geraldo Rivera, who "seemed to capture the spirit of the nation, when, in reference to Martin’s death, he observed 'Half the nation, generally younger and more minority, believes a grave injustice has been done. The other half, generally older and whiter, believes that a mob led by professional agitators is trying to railroad Zimmerman for their own political purposes.'"

There is little doubt the current criminal justice system is broken but reforming this system would be ... to attack the effects rather than causes. What we need is not a reformation of the current system but an entire new paradigm for “doing justice.”

For those of us living in the United States, "doing justice" is mostly synonymous with administering punishment.  ... There is, however, another paradigm, a restorative one.

There are many different restorative practices some with ancient roots, some quite new but they all generally seek to make possible a more sustainable response to crime and other types of painful conflict by bringing together the relevant parties and creating a space where their voices may be heard. ... Restorative Justice is an international social movement focused on researching and implementing formal (i.e., in courts and prisons), semi-formal (i.e., in schools and churches), and informal (i.e., in families and community groups) justice systems to support individuals and communities in having conflicts, including racial conflicts, by creating conditions for mutual understanding and collaborative action, rather than seeking to exclude or punish any of the parties to the conflict.

Lyubansky then explains the two cases in great detail. Even though the Seattle case proceeded through traditional channels of justice, a restorative component was added that addressed the many needs of the community. Lyubansky speculates that those involved in the Trayvon Martin murder case would also benefit from such processes:

I do not know what restorative justice would look like for Martin’s family or, for that matter, for Zimmerman. This would be up to them to figure out, along with community members who feel personally impacted by what happened and only after they get to the point of really understanding and humanizing one another. What I do know is that our conventional justice system, even at its best, is severely limited in what it offers, and restorative systems provide the best way I have seen thus far for justice, for healing, and for the kind of world where, at least in matters of justice, there really are not a Black America and a White America.

Read the entire piece at Psychology Today (thanks to Kathryn Ssedoga @ssedoga for posting on twitter).

The case of the shooting of John Williams by Seattle police, and the subsequent restorative circle, was also recounted by the circle facilitator, Andrea Brenneke, in a special issue of Tikkun Magazine about restorative justice, in February, 2012.