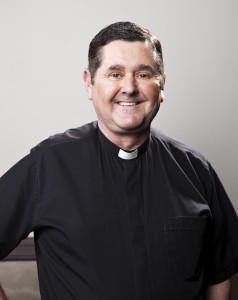 Father Chris Riley, Founder and CEO of Youth Off the Streets: "Restorative practices are focused on healing the community rather than retribution and blame and our troubled kids need this to be the focus."Youth Off the Streets (YOTS), a large youth-serving agency located in and around Sydney, Australia, has been on a journey of utilizing restorative justice to respond to misbehavior and has recently expanded that to implementing restorative practices to build community and relationships. The organization runs a variety of community, educational, residential and rehabilitation programs for at-risk and adjudicated youth.

YOTS Founder and CEO Father Chris Riley said, “Several years ago, a young teacher approached me about looking for strategies to deal with troubled students, and I recommended she look at restorative justice. She embraced this literature, and all of our schools now operate using the RJ material.”

Carly Hawkins, a teacher and manager of Chapel School, a YOTS alternative school for 50 to 60 students, had been exposed to restorative justice at another school before coming to YOTS. She remembers some of the first restorative circles they implemented to respond to problems between students. One youth became somewhat aggressive in one of the circles. Over time, however, he began participating in the circles in a good way. Eventually he became a student leader, then left the school and found employment. “He’s just a different kid,” she said. “It equipped him with problem-solving skills.”

Hawkins and another YOTS colleague traveled to the IIRP main campus in Bethlehem, Pennsylvania, USA, in July 2012 to learn more about restorative practices by attending the Basic Restorative Practices professional development event. After that experience Hawkins began implementing restorative practices with her students, not just to respond to incidents but also as a way to build community in the classroom. In July 2013, YOTS organized an agency-wide training, led by IIRP assistant professor and director of Continuing Education John Bailie, for 45 of their staff and managers, including the entire staff from Chapel School.

Terry O’Connell, director of Real Justice Australia, who accompanied Bailie, said, “It was a great experience, particularly having John Bailie running the training. What struck me was, for such a large group of really committed youth workers and managers, how easily they embraced the restorative approach.”

Hawkins said that all the teachers at Chapel School have begun to practice what they learned. “It’s amazing. It’s really made a huge impact on the day-to-day running of the school. Restorative practices is seen as a holistic approach.”

Teachers throughout the school are running circles at the beginning and end of class to set a tone and help students set goals. “It’s been a really nice tool to focus students, settle them and give them a structure,” Hawkins added.

Hawkins emphasized that restorative practices gives all students a voice. “Some are opinionated and not afraid to speak out, but some are shy, and it gives them a chance to be heard, too.”

She also said restorative practices have an impact on how students view authority. Instead of blaming teachers, police and parents for their problems, youth are starting to interact positively with people in authority, often for the first time. “They have an equal platform in the circles, so they say they feel respected by teachers. It has a really positive impact.”

James Wilson, program director for YOTS’s Koch Centre for Youth, also attended the professional development event. His programming includes a small school for 20 students and a larger after-school program for 70 to 80 youth who participate in sports, music workshops and other activities each week. Wilson said that without the program these kids would be out walking the streets.

Wilson has been finding the restorative framework useful for dealing with incidents almost daily and said it has helped him as a facilitator to “stay on track and not get sidelined.” In one recent situation, Wilson talked with three boys who perpetrated a fight during a football game (called soccer in America). He asked each of them the Restorative Questions individually: “What happened?” “What were you thinking at the time?” “Who do you think has been affected?” and “What needs to happen to make things right?” He involved their youth worker, who responded to the questions, too. In this way, Wilson is systematically familiarizing his staff with restorative processes, even if they haven’t been formally trained yet.

Wilson has also begun employing proactive restorative practices. When he teaches music workshops, he begins each session with an icebreaker, using a circle format in which kids throw a ball to one another and answer a question about themselves when they catch it. At the end of each workshop, everyone forms a circle to check in about how everything went that day. He has been encouraging all the workshop leaders to do the same.

Wilson has begun using restorative processes to manage staff, as well. He runs his team meetings using a circle approach. “I want to get people thinking in that way, with the right line of questioning, not hiding behind desks,” he said. “We use a ball or a talking stick. When issues come up, even little things, like someone being late for work, we talk about the impact that has on other team members.” After a conflict involving two staff members about an approach with a young person, Wilson held a meeting where he asked each of them what had happened and “how can we fix what is broken?” He concluded, “The good thing is that if you stick to the script, working out problems doesn’t need to be so complicated.”

Father Riley summed it up: “Restorative practices are focused on healing the community rather than retribution and blame, and our troubled kids need this to be the focus.”

Youth Off the Streets will be hosting an IIRP Basic Restorative Practices professional development event in Sydney, Australia, June 30 - July 3, 2014. Another event will be held in Adelaide, Australia, June 23 - 26. Learn more.