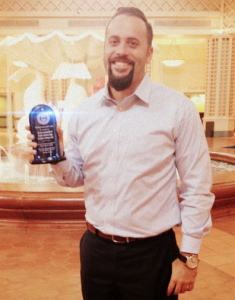 Dominique Smith, school social worker at Health Sciences High and Middle College in San Diego, California, received the National School Safety Award, presented by the School Safety Advocacy Council to his school, which was recognized for improvements made through the use of restorative practices.Schools

"The number of discipline incidents at St. Louis Park High School (Minnesota) has declined dramatically in the last five years ... according to Supt. Rob Metz. '[Restorative practices] has changed everything at the high school,' Metz said ... . “We’re passed the days of feeling obligated to do the consequence … If there’s any way to restore the relationship, we want that to happen."

St. Edmund’s Community Foundation School in King's Lynn, Norfolk, UK, notes that with restorative practices students are "able to express how they feel and resolve conflict independently," plus the data show major reductions in exclusions.

"Anatomy of school policy victory" After adopting restorative practices, a school board member tells 40 students, parents and community activists in Santa Ana, California, “You’ve made a difference, because you educated the board, as well as myself."

Teaching Tolerance encourages teachers to give a talking circle a try. Plus, a circle topic idea: Research shows how discussions with students about gratitude changes their behavior for the good.

The U.S. Justice Department's Office of Juvenile Justice and Delinquency Prevention (OJJDP) issued a news brief on the Supportive School Discipline Initiative to "Keep kids in school & out of court." 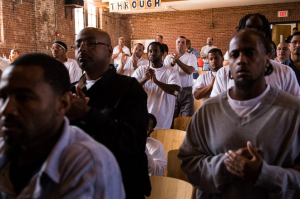 Inmates applauded Janet Connors after she told the story of her son’s murder at the Restorative Justice Retreat at the state prison in Norfolk, Mass. (Photo by Charlie Mahoney for The New York Times.)The New York Times reports that "By Talking, Inmates and Victims Make Things 'More Right' " in Norfolk, Massachusetts. The mother of a murder victim tells offenders, "Holding you in your humanity – it's how we hold each other accountable."

Restorative lawyer Lorenn Walker tells NPR how getting assaulted was her "big break" into restorative justice.

A sign of the growing general awareness of restorative justice: An electoral race for Justice of the Peace in Flagstaff, Arizona, focuses on RJ as a hot button issue.

A $29-million settlement in a court case involving the abuse of many children over many years in Nova Scotia will be dispersed using a restorative process.

Good leadership is restorative. Read "You Can’t Be a Great Manager If You’re Not a Good Coach" at the Harvard Business Review Blog Network.

A restorative delicatessen? The New York Times reports on a company that functions and thrives by engaging employees to help run business  and even start new ones.

Have a look a the session titles and presenters coming to the IIRP's 17th World Conference October 27-29, 2014 in Bethlehem, Pennsylvania. 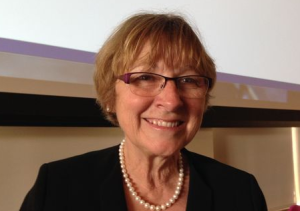 Valerie Braithwaite of Australian National University delivered the keynote address at a recent conference at University of Vermont on "Restorative Justice, Responsive Regulation & Complex Problems." (Photo by Tim Johnson/Free Press)Restorative justice advocates gathered at the University of Vermont for a conference on Restorative Justice Responsive Regulation and Complex Problems. This story focuses on the keynote of Australian National University's Valerie Braithwaite and the development of restorative justice in Vermont. The IIRP's Craig Adamson and Lee Rush presented respectively on "Restorative Workplaces: Opportunities in Challenging Times" and "Closing the School to Prison Pipeline: Whole School Restorative Practices Implementation."

Robert Koehler writes about the impact a three-day conference on race and restorative justice at Roosevelt University in Chicago had on him: "I came away deciding I identify with one race only: the human race."

The Community of Restorative Researchers is a student-led research network connecting restorative justice researchers across a number of disciplines, including criminal law, criminal justice, education, alternative dispute resolution, community justice, victimology, sociology, conflict studies, peace studies, public policy, philosophy and psychology. The purpose of the network is to exchange information, disseminate research findings, promote inter-disciplinary collaboration and research, influence policy, delivery and organization of restorative practices across a number of contexts and provide a community of support for its members. Events will mainly cater to postgraduate students and other individuals in the UK and neighboring countries, with a view to creating autonomous regional networks at a later date. Connect on facebook here and here or email This email address is being protected from spambots. You need JavaScript enabled to view it. to join the network and be added to the mailing list.

Read past editions of the Restorative Practices News Roundup.