How Restorative Practices Made Me a High School Principal

In the summer of 2008 I enrolled in my first restorative practices courses at the International Institute for Restorative Practices Graduate School in Bethlehem. I had just been named vice principal of student affairs at my high school. My major responsibility was student discipline.

As an administrator at a private, faith-based school, I had never been satisfied with the traditional system of detentions, suspensions and “Saturday school” in use at our school. I had long known that we needed an alternative to those traditional methods, but I hadn’t known what they might be.

I had heard the term “restorative justice,” but at the time I hadn’t known much about it. A quick search on the internet had led me to the IIRP in Bethlehem, my old hometown, a mere 70 miles from my school!

As the school year began at my high school (and I continued my studies at the IIRP), I began to introduce restorative practices to the faculty. Although I was still in the early stages of my own education in restorative practices, I was able to focus on the basic philosophy of addressing behavior in terms of harm, reintegration and the social discipline window.1 (See Figure 1.) 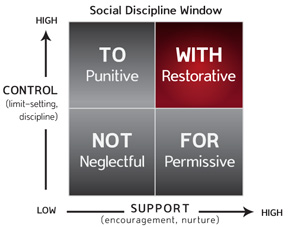 Figure 1. The Social Discipline WindowIt was my plan to continue teaching and training the faculty in restorative practices as the year went on.

With the economic crisis striking our country at that time our school finished the year as many businesses and families had. We had a massive debt, and we did not have the resources to meet our financial obligations. As a result, there were pay cuts, layoffs and departmental budget cuts. Our principal retired, and I was named interim principal for the coming year. The phone call asking me to serve in this capacity came to me on the morning of the last day of school. I accepted.

I had now inherited a school in crisis. Morale amongst faculty was at an all-time low. They harbored ill will against the school board and the Diocese. They were saddened at the loss of colleagues. Parents were concerned about class sizes, changes to the courses of study and extracurricular activities and athletics. Alumni were concerned about how things had gotten so bad and wanted to know how things were going to be made better. The “laid-back” summer I had anticipated became the busiest I had ever had.

From the very beginning, I must say that the concepts I had learned at the IIRP showed their worth: Fair process,2 functioning as a community and compassionate witnessing.3 All of these became the tools I used in dealing with faculty, parents, board members and students.

I was implementing restorative practices in every aspect of my work, in that I directly involved people in matters that concerned them and gave everyone a voice. Open and honest communication was critical, as was transparent leadership. Faculty members were now involved in decisions that they had never been privy to before, such as creating an overall teacher pay scale and the decision to drop class rank. Collaboration with board members reached new levels. People wanted to be heard. People wanted to have a say. I listened to them and engaged them.

Here are just a few examples of how I have implemented restorative practices in my work as principal of Lancaster Catholic High School:

Although I had always wanted to serve as a principal, I hadn’t expected the opportunity to come so soon. And although I felt I lacked some of the technical knowledge, I did feel confident that the bulk of the job involved dealing with people, a skill that I believed I possessed. In the end, it was the application of what I had learned at the IIRP that got me through that tumultuous year.

When the official notice of the principal position was posted, I applied. Although I was unsure of the adequacy of my credentials, I figured that the board members had the best data by which to evaluate me — a year serving as the interim principal. I had hoped that my approach to guiding the school through a year of crisis, using all of the above-mentioned restorative techniques, would give me a viable shot at the position. It most certainly did.

In April 2010, I was given the permanent assignment of principal. Throughout the process, board members repeatedly brought up my style of leadership. Faculty, parents and other constituents had written letters and signed petitions in support of my candidacy — all referencing things like openness, fairness and honesty.

All of this solidified my assessment that my selection rested solidly on the day-to-day application of restorative practices in my job. For this, I am eternally grateful to the IIRP for giving me the tools necessary to be an effective leader and an agent of change, but especially for enabling me to restore community in a previously disconnected school environment. Thanks to my studies at the IIRP, I am now a high school principal.

1. The Social Discipline Window illustrates the four basic approaches to maintaining social and behavioral norms — different combinations of high or low control and support: punitive, permissive, neglectful and restorative. The restorative approach, combining both high control and high support, does things with people, rather than to them or for them (IIRP, n.d.).

2. Fair process entails three basic principles: 1. Engagement—involving individuals in decisions that affect them by listening to their views and genuinely taking their opinions into account; 2. Explanation—explaining the reasoning behind a decision to everyone who has been involved or who is affected by it; 3. Expectation clarity—making sure that everyone clearly understands a decision and what is expected of them in the future” (IIRP, n.d.).

3. Compassionate witnessing “helps us recognize our shared humanity, restore our sense of common humanity when it falters, and block our dehumanizing others.” (Weingarten, 2003).

IIRP. (n.d.) What is restorative practices? Retrieved from www.iirp.edu/whatisrp.php

Weingarten, K. 2003. Compassionate witnessing and the transformation of societal violence: how individuals can make a difference. Retrieved from www.humiliationstudies.org/documents/WeingartenCompassionateWitnessing.pdf