They're making great progress, introducing the practices to more than 45 organizations, including the Housing & Development Board (HDB), the State Courts, the prison system and religious organizations.

The HDB provides public housing to 80 percent of Singapore's population, with a mixture of Chinese, Indian, Malay and Filipino residents. Restorative practices helps bridge cross-cultural differences and tensions and resolves neighborhood disputes that would have gone to the State Courts.

LCCS facilitated a peacemaking circle for a year-long noise complaint. Two neighbors and the rest of the affected community came together and, instead of assigning blame, shared how they were impacted. Everyone gained a wider perspective and took ownership and responsibility for their actions. A police officer was very pleased with this outcome, explaining that resolving such disputes otherwise takes time away from higher-priority cases. 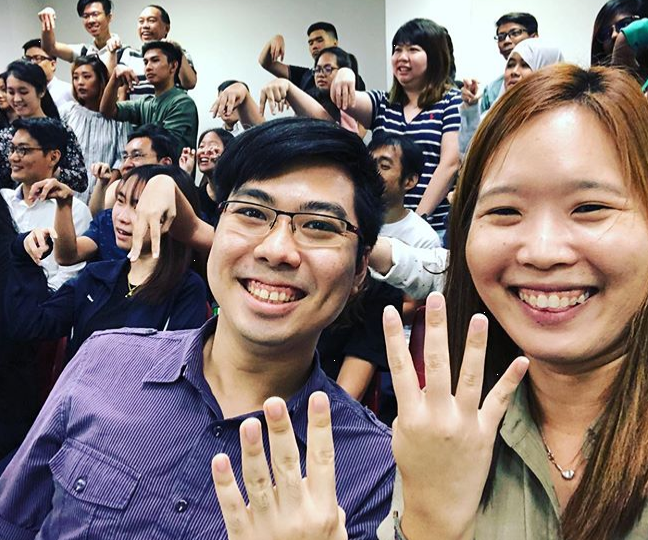 LCCS Director Justin Mui and a colleague flash the #Badge4Change hand sign in a photo posted on Instagram.LCCS is working toward their goal of universal application in creative ways. They're raising awareness about the practices on Instagram, through #Badge4Change. They award badges — Engage, Empower, Restore and Collaborate — when people behave in a restorative manner, sharing the process on Instagram with photos and stories.

One Instagram post shows a Jetstar Asia Airways employee receiving the Restore and Collaborate badges for his patience and quality engagement. Instead of being rude to a stressed customer with overweight luggage, he was empathic and helped her with a smile. She thanked him and presented him with the badges.

Justin and LCCS employ the same restorative concepts and practices with everyone they serve, sharing simple "templates" that illustrate the Basic Tenets, Compass of Shame, Restorative Questions and Social Discipline Window.

"There's a lot power in having these templates guide conversation,” Justin explains. “What has surprised me the most is how accessible they are, especially the Compass of Shame.” 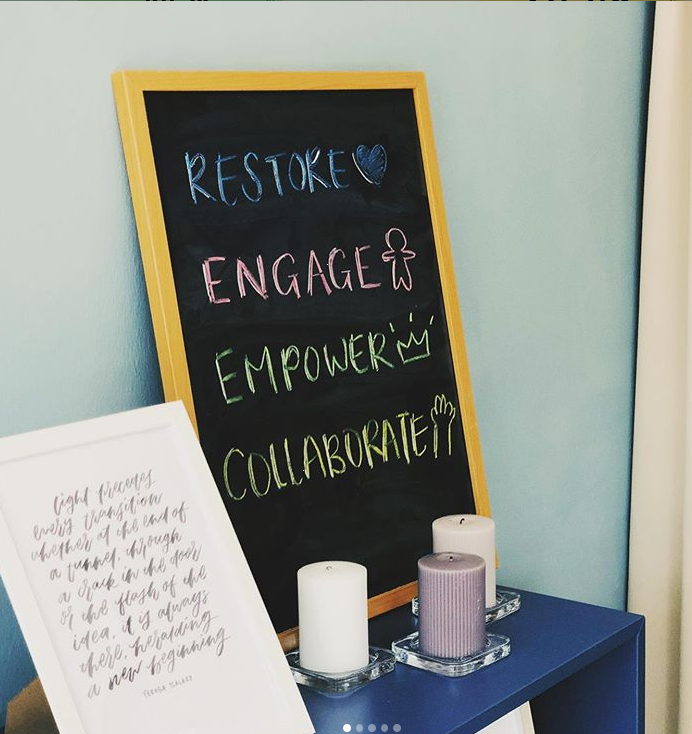 The Compass illustrates the four ways people react when they feel shame: Withdrawal — isolating oneself, running and hiding; Attack Self — self put-down; Avoidance — denial, abusing drugs; and Attack Other — lashing out verbally or physically.

Justin showed the Compass to a grandfather who was concerned about his grandson. Even with no background in psychology, the grandfather looked at the Compass and realized his grandson's behavior was a response to shame, which enabled him to talk to the boy about it.

When Justin showed the Compass to a 15-year-old boy in a children's home, the boy immediately pointed to the Attack Other and Withdrawal poles. The home's superindendent agreed that these poles accurately reflected the boy’s behavior.

While interviewing for a position at LCCS, a candidate shared the brokenness in his family, so Justin showed him the restorative practices templates. The candidate said that even if he didn’t get the job, he planned to have a restorative conversation with his brother, who had been withdrawn after a family crisis. He got the job. Who better to advocate for restorative practices than someone who has been positively affected by it? 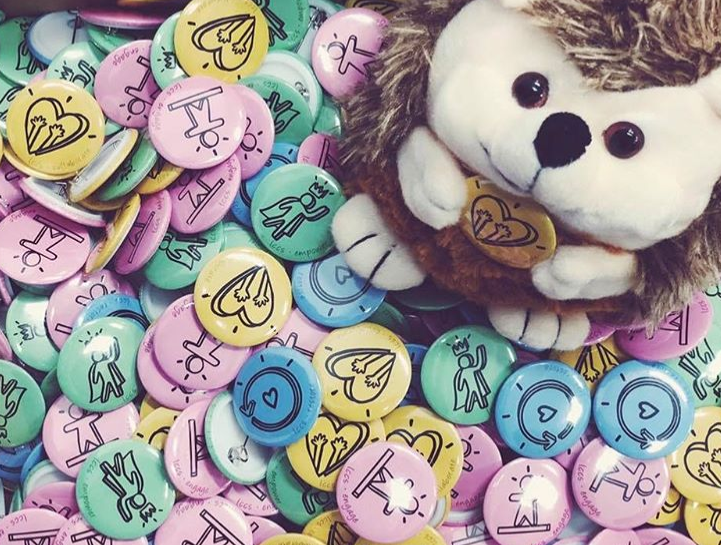 LCCS implements the practices organization-wide. All staff take the four-day basic training. There are no departmental borders: Everyone works with everyone and is encouraged to actively participate.

In an LCCS ritual, each employee receives a birthday card signed by everyone in the office. One day, staff had a circle to discuss whether to continue this ritual. Most staff didn’t have a strong opinion, but one woman started crying. As a child, she never had birthday cards or parties and had felt left out. The group decided to continue the ritual.

LCCS is truly leading by example and creating innovative ways to spread restorative practices across Singapore and beyond.