A radically new vision for education 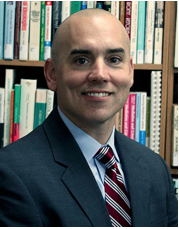 "We're excited to bring together some of the country's most important leaders in school climate reform, to collaborate at the IIRP's first Presidential Symposium." - John Bailie, Ph.D., IIRP president

Dr. John Bailie, IIRP president, will be facilitating the Symposium. He is excited about its possible outcomes and potential for impact and shares his thoughts about it.

The Symposium is exciting for all of us. A gathering of supporters from several diverse but allied approaches, the event is a demonstration of how school climate reform has grown as a movement.

It took a long time to make the case against zero tolerance. It’s exciting to see that school systems are now saying, “OK, we are ready for change. What does a different system look like?”

No one organization or framework can answer that question. The temptation for program providers is to say, “My program has a solution for everything.” The reality is, that’s not true for any one program alone.

Each program represented at this Symposium brings strengths in different areas, and all of the panelists have done successful work. Crucially, all of the programs espouse very similar core ideas concerning social and emotional development.

The Symposium is a rare opportunity to clarify our commonalities, as well as to explore and build on the particular strengths of each program. Together, with thoughtful integration, we can develop a radically new vision for education and begin to make that vision a reality.

Zero tolerance was very explicit. Although the reasoning was faulty, it brought sweeping changes in a relatively short period of time. In 15 years, zero-tolerance policies transformed the way children were treated in schools. The belief was that children would change their behavior when faced with consistent punitive consequences. With children motivated by fear, schools would be safer, because the small percentage of young people who “refused to behave” would be “neutralized.” That idea was compelling and easy to understand. It was also a total failure.

Our challenge now is to articulate an alternative vision that is just as compelling. As a movement, we are close to achieving this, but there is still work to do. However, unlike the way zero tolerance was implemented, we should do it collaboratively, with educators, not to educators.

Zero tolerance failed in part because its assumptions were wrong, but also because it was a hierarchical imposition of ideas that originated outside the field of education. We are working on an alternative vision that is being developed and made explicit by collaboration from within education.

The biggest challenge in bringing change to schools has nothing to do with youth. The most challenging piece consists of helping adults to make and sustain change. Fundamental to this is shifting how adults manage relationships, not only with students, but also with each other. This event is meant to be an example of what that looks like in practice. It’s designed to be an exercise in structured and purposeful collaborative engagement.

In other words, the event is intended to model the ideas we hope to implement. Typically, the way such events work is that leaders hear from experts about what they ought to do. But at this Symposium, we hope that the panelists will learn as much from the people they serve as the participants do from the panelists. The way we hold the conversation is just as important as the outcome.

An allied event will also address school climate reform, with a particular focus on assessment processes. The National School Climate Center (NSCC), in partnership with the International Institute for Restorative Practices (IIRP), presents its Summer Institute, School Climate Improvement: Policy, Practice and Leadership Development. What to do and how to do it?

As school systems move away from zero tolerance polices, we also need new measures for success. The things we used to measure are not as useful as they once were. Under zero tolerance, there was a simplistic focus on disruptive incidents, violence and arrests.

The goal now is to develop research models capable of measuring improvements in social capital and relationships. How do you measure preventative factors such as social connectedness, belonging and student voice? How do you measure trusting and caring relationships among adults? How can parents and communities help to drive the change process?

We need an entirely different framework around how we think about and measure school climate. One of the most interesting aspects of the NSCC Institute is that we will explore how restorative principles can inform school climate research and evaluation itself.

Participants at either the IIRP School-Climate Symposium or the NSCC Summer Institute have the opportunity to enrich their experience by transforming it into an IIRP Graduate School hybrid course.  Over five weeks, students will delve deeper into current research in school-climate assessment online and develop and receive feedback on effective action planning. NSCC director Dr. Jonathan Cohen is the guest lecturer for the highly participatory course. As the NSCC Institute host, an IIRP Symposium panelist and an adjunct professor at Columbia University Teachers College, Cohen brings a rich perspective to the experience. To learn more about the course, please This email address is being protected from spambots. You need JavaScript enabled to view it. or register for RP540 here.