Using their words instead of their fists — Boys in Bethlehem, PA, USA, know how to be restorative 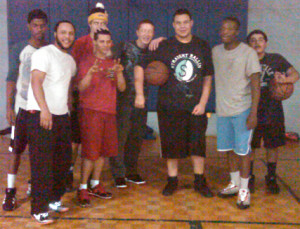 Boys at the Southside Bethlehem (PA, USA) Boys & Girls ClubTwo high school kids were on the verge of a serious fight on the basketball court, but they decided to talk it out instead. They weren’t afraid to use their words instead of their fists. They’d learned about restorative practices at Liberty High School, in Bethlehem, Pennsylvania, USA, and took it with them out into the world. Winston Alozie, program director of the Boys & Girls Clubs of Bethlehem, told the story:

"I was in the Bethlehem Area School District Superintendent’s Committee on Diversity meeting, and people were discussing how restorative practices are working in the district. There had been a year of restorative practices implementation at Liberty and Freedom high schools in Bethlehem at this time. The NAACP was in on the meeting, too, and they were asking, 'Does it work?' When I heard this, I was eager to share how I had seen the practices working outside the classroom. 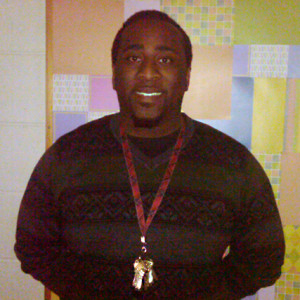 Winston Alozie, program director of the Boys & Girls Clubs of Bethlehem"We have a large gymnasium where I see 80 to 100 kids a day, mostly high school students. They love to play basketball. One afternoon I walked into the gym and the kids were on the verge of a fight. Boys were pushing and yelling — taking sides and gathering around two boys in the center. Some of these kids have gang affiliations, so I was afraid this could be bad. But what could have turned into a big brouhaha did not because the kids used restorative practices.

"One boy was offended by what another boy had said to him. They were yelling back and forth, when one boy suddenly said, 'Look, I don’t want to fight. I don’t like what you said; you hurt my feelings.' Then the other boy said, 'You’re right. I’m sorry. I didn’t mean to hurt your feelings. Let’s not do this.'

"I was so proud of these kids: that high school students could behave that way. One kid was able to say how the other kid had affected him, and the other kid was able to take responsibility and apologize. They weren’t afraid of being seen as a wimp or less of a man. And there was nobody standing over them and telling them to do this; it was their own idea. 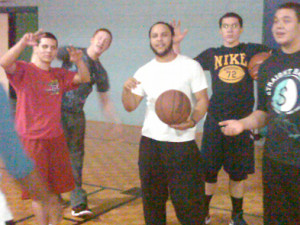 Getting along in basketball

"It was clear to me they had learned how to do this from the restorative practices and circles they had learned at Liberty. These kids are learning how to be compassionate and empathetic, how to be in touch with their feelings and the feelings of others. I had never seen anything like this in nine years working at the Boy’s and Girl’s Clubs.

"I have my bachelor’s degree in developmental psychology. When I first heard about restorative practices I thought, OK, but how’s it going to work with regular kids? When I saw what those boys did it really touched me. If you can express yourself effectively with words, it’s a beautiful thing. I hope we can incorporate these practices into the Boy’s and Girl’s Clubs. I think it would help us with our mission to help our kids reach their full potential as productive, caring, responsible citizens."