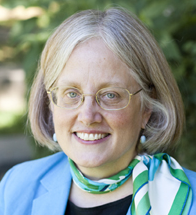 To this end, the IIRP is offering a 4-day retreat at Kirkridge Retreat Center in eastern Pennsylvania, September 23-26, 2013, titled "Strengthening Faith Communities Through Restorative Practices." The event will be co-facilitated by Bruce Schenk, director of IIRP Canada, and Anne Martin, director of FaithCARE Services, Shalem Mental Health Network, Ontario, Canada.

The retreat is for faith leaders who wish to learn practical strategies to build strong, healthy relationships in their congregations.

Facilitator Bruce Schenk said, "First and foremost, people will get a deeper understanding of how moving to a relational, restorative framework, with a focus on building relationships, will strengthen the church or the faith community, as well as provide more effective ways of dealing with harm as it arises in that context."

The first day of the retreat explores the restorative framework within the context of faith communities. Day 2 provides practical training in facilitating restorative circles, both proactive and responsive, using interactive examples that might occur in congregations. Day 3 explores formal responses to working through conflict in churches, and also instances of wrongdoing. Day 4 looks at how faith communities can effectively engage families and will introduce the idea of churches serving as hosts for restorative events for the larger community.

Bruce explains how restorative practices build community with an example from his own church, which has been on a restorative journey for a number of years. The church recently engaged in a yearlong effort to find a new pastor. "There’s a whole process to get the right pastor," Bruce said, "That’s usual. It involves reflecting on where we're at as a congregation, and figuring out what kind of leader will get us where we want to go.

"One of the things we did was use circles Sundays after church to kind of check in with one another, to intentionally connect that way. We also did small circle groups led by a facilitator to discuss the kind of pastor we would want to have, using a series of questions. What became clear was that we wanted someone who would be effective in a lot of ways; but the key thing was to find a pastor who worked with people and would be authoritative.

"After that I reacquainted everyone with the social discipline window. It was fascinating when everyone realized that it was the 'with' person that we wanted. This reaffirmed the choice and became the guiding force for the 'call committee,' which was responsible to look for the new pastor. The process ensured that everyone was heard, everyone got a voice, there was a sense of fair process, there were clear expectations, and there was clear guidance for the call committee. When the interviews happened after that, we ended up with the kind of pastor we were looking for."

The upcoming retreat is an adaptation of an event that has been offered twice in Ontario, Canada by FaithCARE. Bruce said that in February his new pastor attended the FaithCARE event. According to Bruce, the pastor is now incorporating circles in his work. "He has said he’s impressed by how welcoming and relationship-focused the congregation has been, which is an outgrowth of the intentional stuff around restorative practices we’ve been trying to do the past number of years. He thinks that as a congregation we’re more ready than others might be to look for new ways to relate to the larger community. We are able to use circles to share ideas and to come to an understanding of our mission, and what our focus should be, beyond the worship."

Read more about FaithCARE, the model for the US event.

What churches can learn from restorative practices 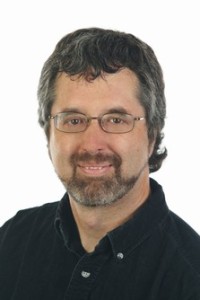