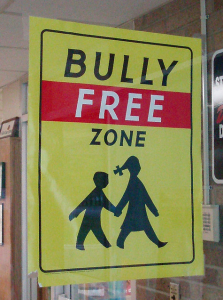 The following is a letter by IIRP president Ted Wachtel to the editor of EdWeek which was published on June 5, 2012 (subscription required).

Bullying in schools is a deadly serious issue. It certainly warrants the copious media attention it
has been receiving lately, including in Education Week ("The Semantics of Mean," March 21, 2012). In response to the crisis, anti-bullying laws and programs are proliferating across the United States, but I propose that bullying should be considered in the larger context of wholeschool culture and interpersonal relationships.

Schools employing "restorative practices" achieve dramatic reductions in bullying and violence by proactively providing opportunities for students to get to know one another. Becoming an integral part of school life, restorative circles and other strategies address underlying tensions, fostering empathy and connectedness. Restorative practices improve social bonding among diverse individuals and create cooperation and community.

When bullying occurs, it's addressed in face-to-face restorative circles, bringing together everyone affected by the incident: students, teachers, and potentially parents. In the circle's safe environment, all participants speak candidly about how they have been impacted and receive understanding and support. Unlike punishment, the circle confronts bullies with the emotional consequences of their behavior and offers them an opportunity to make amends and provide assurances that their harmful behavior will stop.

Importantly, the circle reintegrates wrongdoers into the community — without the stigmatization and resentment that sow seeds for further bullying.

Restorative practices hold bullies accountable, but avoid damage from labeling children "bullies" and "victims." Affirming the inherent worth of every child, the restorative approach recognizes that many school bullies have been abused or bullied themselves. Finally, restorative practices empower children with responsibility for resolving their own conflicts.

As a 15-year-old Bengali student at Kosciuszko said: "In circles, everyone gets to know each other. You can say anything that comes into your head, from your heart. I felt shame at other schools. I feel good here. I never saw a school before where there was no bullying."