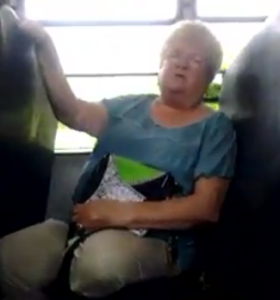 The bullying by middle school students of Karen Klein, a school bus monitor in upstate New York, captured on video and viewed by millions online, sends a distressing message about the state of civility in our society.

Since the video of the incident "went viral," news reports say that Ms. Klein has received an outpouring of support, including contributions of hundreds of thousands of dollars to send her on a "dream vacation." At the other end of the spectrum, the boys and their families have reportedly received death threats. In response, some of the boys and their parents issued letters of apology to Ms. Klein.

Our hearts go out to the poor abused woman, and we decry the boys' atrocious behavior. This deplorable incident, however, presents an ideal opportunity for learning and healing. A much more complete and meaningful resolution for all parties could be achieved by means of a process known as a "restorative conference." A structured meeting run by a trained facilitator, the conference would bring together everyone affected by the incident: Ms. Klein, her friends and family, the boys, their family members, other children who witnessed the incident, to talk about what happened, how everyone has been affected and how to repair the harm.

Everyone who participates in the conference would have a chance to express their feelings of anger, fear, shame or remorse directly to each other. The boys would have an opportunity to be accountable for their actions and make amends, and Ms. Klein would be able to tell them, face-to-face, how their behavior affected her. In the end a restorative conference allows people to share their common humanity and move forward.

The restorative conference described above is the most formal of a range of "restorative practices" that are being implemented in a growing number of schools and have produced dramatic decreases in bullying, misbehavior, crime and violence. These outcomes have been documented in schools in three countries (see Improving School Climate research outcomes at safersanerschools.org).

Restorative practices address bullying as only one of the disturbing antisocial behaviors that are increasingly prevalent in our schools and deal with inappropriate behaviors in the larger context of improving whole-school climate and interpersonal relationships. Restorative circles, for example, provide forums for students and teachers to proactively share their feelings and thoughts, build positive relationships and create a more cooperative environment.

In a school where restorative practices are used regularly, the entire school community is engaged, including school bus drivers and monitors. In such school communities, bullying goes by the wayside, and the incident like the one suffered by Ms. Klein would be unlikely. If it did occur, there would be a ready way to deal with it.

As a 15-year-old Bengali student at Kosciuszko said: "In circles, everyone gets to know each other. You can say anything that comes into your head, from your heart. I felt shame at other schools. I feel good here. I never saw a school before where there was no bullying."

via Ted Wachtel: Schools Without Bullying.