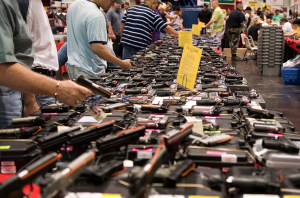 Mikhail Lyubansky at Psychology Today posted this letter submitted by Psychologists for Social Responsibility (PsySR) to Vice-President Joe Biden's office in reference to his Task Force on Gun Violence. In addition to recommending a ban on assault weapons, the group makes two recommendations relating to restorative justice.

They first outline their position as follows:

"We see school attacks such as Newtown in the context of a broader culture that endorses force and violence as the way of resolving disputes, including war, urban violence and a harsh, punitive criminal justice system. As mental health professionals, we know that effective psychological treatment can help troubled individuals find safer ways to express themselves, and we unequivocally support early identification of mental health concerns and improved access to services for those who need them. However, the data show that there is no single cause of violence and, as a group, those with mental illness are no more prone to violence than those without such a diagnosis.  Similarly, the empirical data have so far failed to establish a clear and consistent link between media consumption and violence. It is our position that violence is a societal problem, not a mental health or media problem, and we urge the Task Force to respond accordingly and not focus exclusively on a particular subgroup of Americans.  We also believe that easy access to guns, especially assault weapons, are part of the culture of violence and believe that any national effort to reduce violence must somehow address the easy access to such weapons."

Then they outline their recommendations. These are the first two of three relating to restorative justice and practices:

1.  Creating an initiative to integrate Restorative Justice practices into public schools. This recommendation is based on the significant decreases in bullying, disciplinary actions, police and juvenile justice involvement by youth in school districts that have adopted school-wide restorative approaches (see, for example, this 2010 NESTA report on radically efficient social interventions: http://www.nesta.org.uk/publications/reports/assets/features/radical_efficiency). These and other data clearly show that communities that learn to resolve conflict restoratively through the cultivation of dialogical and mutually responsible relationships experience a reduced number of violent acts. The manner in which justice is dispensed in a culture sets the tone and expectation for how differences and violations are to be dealt with. Strengthening restorative justice responses to violence sends a clear message that we understand the price a culture and its communities pay when violence occurs and community members don’t have the opportunity to engage in reparative behaviors that re-establish human bonds.

2.  Integrating restorative principles and practices into the youth justice systems.  We believe that prevention is the treatment of choice for the violence enveloping our nation (for empirical evidence, see http://www.preventviolence.info/evidence_base.aspx#results). At the same time, we also recognize that not all violence is preventable.  When violence does occur, our communities and justice systems need to be prepared to respond restoratively, focusing on healing and the repair of harm rather than only on punishing those who have perpetrated violence. As Norwegian criminologist Nils Christie noted in his comparative studies of penal systems, the huge disparity in rates of imprisonment among countries cannot be explained by the relative amount of crime and must be attributed, at least in part, to the cultural willingness to inflict suffering. Given its incarceration rates, the United States has clearly demonstrated its willingness to inflict such suffering, but recidivism rates remain unacceptably high and data clearly show that youth incarceration is a primary risk factor for future violence and other criminal behaviors. In short, incarceration of youth for most crimes is not only not an effective strategy for preventing violence or other criminal behavior, it may actually increase the probability of such violence taking place. As a result, many countries, most notably New Zealand, have integrated restorative principles and practices into their youth justice systems and moved away from incarceration as the dominant response.  Despite their reputation in some circles as “soft on crime”, restorative practices, such as victim-offender mediation, family group conferencing, and Restorative Circles have been shown to lower recidivism rates and future violence, at a fraction of the cost of incarceration. We urge the task force to examine these data and move toward integrating restorative practices into our youth justice systems.

The complete letter can be read here.