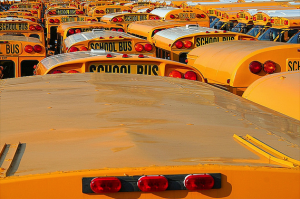 The Community and Restorative Practices Collaborative will host a conference on restorative practices, May 8, 2015, at Lehman College, CUNY, The Bronx, New York, for educators, students, parents, community organizations and agencies. Download the Call for Presenters.

"Bullying, Teen Aggression and Social Media," a bi-monthly newsletter featuring articles written by a broad range of experts, explores the emergence and dynamics of cyberbullying and other technologies used abusively by teens. Article proposals should be directed to editor This email address is being protected from spambots. You need JavaScript enabled to view it..

The President’s Task Force on 21st Century Policing, says “Law enforcement agencies should encourage schools to adopt alternatives to suspensions and expulsions, such as counseling and restorative justice, through a collaborative process that involves students, families, and community members,” according to EdWeek.

US News & World Report examines the national trend of schools turning to restorative practices to try and close the "discipline gap". 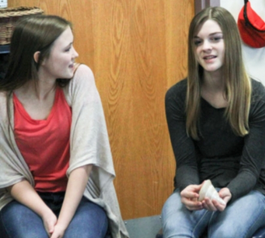 Photos by Scott Girard Oregon Middle School literature teacher Amy Vatne-BintliffA Chicago principal says that restorative practices hold students accountable because they  have to "reflect on what they did wrong and how they’re going to make it right; what they’re going to do to fix the problem and their relationships." Also read about how New Haven, Connecticut, schools are implementing a culture of “restoration” instead of punishment and why a Bakersfield, California, school superintendent touts restorative practices at his district's middle school.

A circlekeeper in Chicago makes case for restorative justice: "Change is possible, and it begins by healing and building relationships." 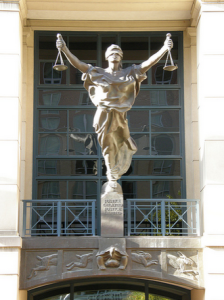 In Norfolk and Suffolk, UK, all victims of crime will be given a chance to meet their offenders.

Vermont CoSAs (Circles of Support and Accountability), a restorative process to help sex offenders and other convicts return from prison to their communities (audio). Also, Lisa Bedinger, coordinator of the South Burlington (Vermont) Community Justice Center, speaks about her work on a trip to her hometown in California.

After years of waiting, a young woman meets the drunk driver responsible for killing her father in San Quentin prison.

Belgium is abolishing all prison sentences of less than one year.

On February 27, IIRP President and Founder Ted Wachtel was the main facilitator for Jamaica’s 6th annual Restorative Justice Conference. Wachtel says, “I participated in and helped organize the first conference, and the IIRP has been the major training provider for RP in Jamaica, working with community and government.” Jamaica has continued to expand its national restorative justice program and announced two new community restorative justice centers will open this year.

Artist Si Lewen, who donated his body of work to support the IIRP’s mission of “restoring connections in a disconnected world,” is featured in B'nai B'rith International Magazine.