Jamaica on the long road to social restoration

IIRP Trainer Lee Rush during a Training of Trainers in Jamaica. Slain peace worker Mohan Bunwarrie is second from Rush's left.“My goal is to make Jamaica a restorative country,” said Carol Palmer, Permanent Secretary of the Jamaican Ministry of Justice. “I know this vision is grand and beyond one generation. But I believe we can do something to change the fact that too many Jamaicans do not know how to settle differences and disputes peacefully, and instead perpetuate violence amongst each other and our communities.”

Last year, Jamaica, as a key component of implementing its National Restorative Justice Policy, opened seven Community Restorative Justice Centers working officially in 11 communities. In their first phase of implementation, these centers have begun to address community conflicts and complaints outside the formal justice system.

Ruth Carey, the Implementation Director for Restorative and Child Justice Reform for the Jamaican Ministry of Justice, reports that the centers have formally handled approximately 70 cases through restorative conferencing. The process involves meetings of victims, offenders and associated community members to address wrongs such as woundings, assault, property damage and conversions (a type of theft or fraud).

Currently legislation is being drafted to provide a legal basis for cases to be referred as well from within the criminal justice system at one of four stages: pre-charge, pre-trial, pre-sentence and post-sentence. Appropriate cases will range from noise disturbances and larceny to physical crimes and murder, though for more serious crimes these conferences may only be available post-sentence.

“We consider restorative justice a complement to the system, not a replacement,” said Carey.

“I’m happy that this program has started accepting cases, that we have completed the implementation and have moved on to operation. I am happy about the buy-in at the community level. We have actively heard from persons who come and say they want restorative justice. That shows that the word is getting out.”

In one case a woman who committed a robbery was reluctant to take responsibility for her actions. The victim had just lost a family member, so it was a particularly trying time. Rather than expose the victim to an unrepentant offender, several pre-meetings were held with the offender by the conference co-facilitators — always a man and a woman — to provide balance. The conference took place only after the offender began to show willingness to take responsibility for her actions. During the conference, the victim became extremely emotional about how she had been affected. The offender took genuine responsibility for the harm she had caused. This affirmed for the facilitators the need to be patient and not rush an initially unwilling offender. 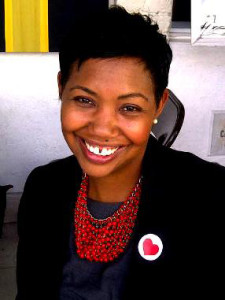 Ruth Carey, Implementation Director for Restorative and Child Justice Reform for the Jamaican Ministry of Justice“Accepting responsibility is very difficult,” said Carey. “That’s true in general, but it may be even more difficult in Jamaican culture, where giving information is deemed something you do not do.” She said facilitators have sometimes found that during a conference they need to remind people and hold them accountable for things they’ve said in pre-meetings in order to keep the conference on track.

Unfortunately, Jamaica has a strong culture of retribution, fueled in part by the poverty and gang activity prevalent in many areas. Restorative justice is seen as an alternative to a culture that perpetuates violence. Tragically, this culture reared its head in May 2014 in a dramatic demonstration of what is wrong in Jamaica, as well as how restorative justice can help make things right.

Mohan Burnwarrie, a trained peace facilitator at the Spanish Town branch of the Dispute Resolution Foundation, a Jamaican NGO, who also volunteered with the Community Restorative Justice Centers, was gunned down in public. Burnwarrie was a respected participant in an ongoing effort by the Ministry of Justice, in coordination with the Ministry of Education, NGO’s working in prisons and communities, faith-based services and schools, to widen the cultural impact of restorative practices. Just weeks before he was killed, Burnwarrie attended a Training of Trainers conducted by Lee Rush of the International Institute for Restorative Practices (IIRP). To spread restorative practices throughout Jamaica, Rush and two IIRP colleagues trained 100 educators from across the country in Basic Restorative Practices and Using Circles Effectively, along with 30 people, including Burnwarrie, who became certified IIRP trainers.

“I was devastated by the news of Mohan’s death,” said Rush. “The risk of harm when working for peace is beyond an occupational hazard; it’s their real world.” Rush also said he was struck by the strength and resolve of the other people he’d trained and corresponded with about the murder. “The energy, enthusiasm, optimism and the hope that restorative practices can help them was just phenomenal. They now know this work is more necessary than ever.”

There truly are signs of hope. Carey said that two of the cases that have come to the Community Restorative Justice Centers were referred by informal local leaders who tend to operate outside the rule of law. These individuals have never before involved the police or other official authorities in a dispute.

“This is the biggest thing I’m really excited about – excited but nervous,” said Carey. “Restorative justice is so new, and we have to be careful. People are still afraid for their voices to be heard. We want to keep building trust.”

Read an article about Jamaica's restorative journey from 2007, "Healing in Our Land: Jamaica Hosts International Conference on Restorative Justice."