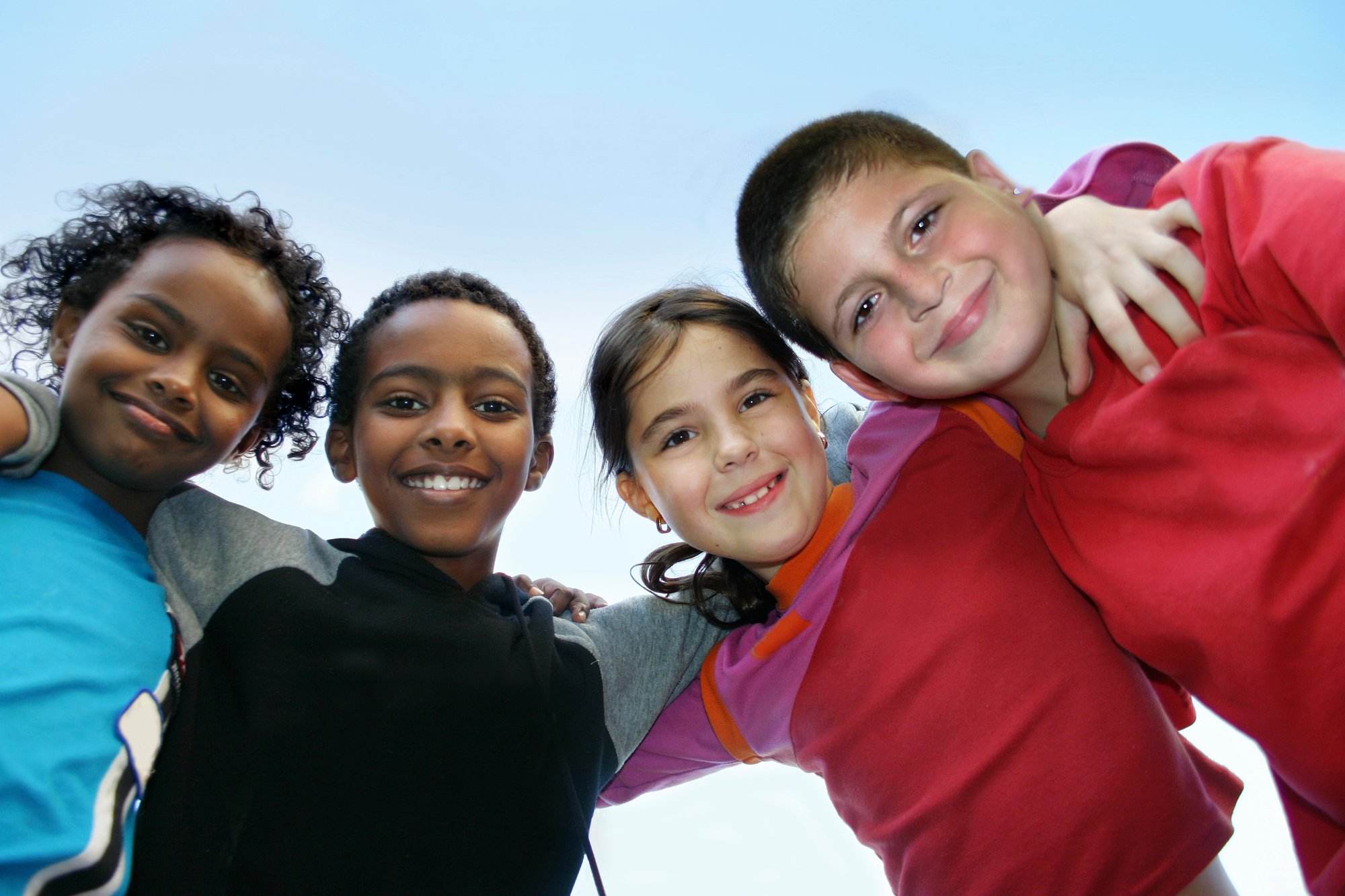 In the "President's Blog," the IIRP's second president, John W. Bailie, Ph.D., shares his thoughts on a variety of topics relevant to leadership, social innovation and education. In this piece, Dr. Bailie offers some advice for teachers and administrators implementing restorative practices in schools.

A friend of mine took a challenging, and some would say ill-advised, post as principal at a high school in one of the many economically challenged areas of post-industrial Pennsylvania. Test scores were falling. The school was on academic probation. Discipline referrals were out of control. A large segment of the faculty assigned the blame for these poor outcomes to “those kids.” The student body, once populated by the children of largely white, working-class steel workers, was now more likely to speak English as a second language and to have spent their childhood in Brooklyn, the Bronx or the tougher sections of Philadelphia.

A common refrain among many of the staff, the principal resisted this harmful and failed strategy.

The high school had been suspending and expelling students at an alarming rate for many years. Behavior had not improved and test scores continued to fall. So more of the same was obviously not the answer. But what to do? The reality was that there were students who behaved as if they did not want to be there. But this new principal also realized that some staff behaved in a way that made it clear to some students that they didn’t want them there, either. And if that didn’t change, nothing would.

The principal began talking about building relationships more than punishing. Instead of succumbing to the pressure to “protect” staff from students, he began teaching them how to engage students. This prevented many behavior problems from happening in the first place. Staff discovered that when students felt more personally connected to staff and to each other, they were less likely to treat people badly.

When things did go wrong, the principal made sure staff had a variety of informal and formal ways to confront students with the personal harm they caused – rather than just the rules that were broken. Surprisingly, some the most punitive-minded staff became the biggest supporters of this approach.

They even realized that, when done well, real face-to-face accountability was far “tougher” than detention and suspension.

In three years, fights were reduced by more than half and mid-tier infractions reduced by nearly three quarters. Also, test scores improved and the school was released from academic probation. Children were more likely to actually be in class instead of in the discipline office or at home – a result replicated by many similar schools.

The lessons learned by this school are, do:

Teach staff to use affective (emotionally rich) language when praising or confronting students.

If you decide to use your personal relationship with students as your primary means to ensure healthy behavior, then you need to make sure that your relationship is, well, personal. In praising, “You did a good job today” is okay. But, “I’m really proud of how you sat down and got right to work today as soon as class started – I really feel heard by you” is much better.

In confronting misbehavior, “This is unacceptable” is okay. But, “When you raise your voice and talk over me, I feel really angry and frustrated because I’m trying to help you and it seems like you don’t care” is a lot better. Notice that in the affective examples there are feeling words and references to concrete behaviors. This explicitness serves two purposes. The young person knows that you are talking about their behavior and not them as a person, and it communicates clearly which specific behavior to repeat or not repeat in the future.

Use collaborative practices, such as restorative circles, to build relationships and encourage student voice in the learning process.

The best way to lower behavior referrals is to prevent misbehavior from happening in the first place. Sure, you can scare people into doing the right thing. But it’s much more effective to get them to do the right thing because they want to. Young people (and adults, for that matter) are much more likely to treat others well when they know and feel connected to the people around them. The awesome Shakespeare unit and clever math quiz won’t accomplish this on their own. However, you could arrange chairs in a circle and ask a unit-related question to which all of the students respond. Instead of a teacher-led lecture followed by some Q&A, perhaps ask everyone to answer, “What was the most difficult decision that one of the characters in Romeo and Juliet had to make, and how could you relate to them?”

They are learning Shakespeare, but they are also learning about each other. I’ll bet there are fewer referrals from the classroom where that’s happening frequently.

Focus on repairing relationships over impersonal sanctions and punishments.

Punishments reinforce the power of authority figures but do little to help students solve the interpersonal problems that led to the incident or misbehavior. If a student tends to fly off the handle and threaten other students at the slightest criticism, how exactly does an hour of detention or a three-day suspension help that student or make them less likely to repeat the same behavior in the future? How does it meet the needs of the students who were affected? Instead, train all staff to use, informally and formally, practices such as restorative questions. For those who harm someone, ask:

For those harmed by others, ask:

-      What did you think when you realized what happened?

-      What impact has this incident had on you and others?

-      What do you think needs to happen to make things right?

Discipline starts with what we do before children misbehave. Strong positive relationships with staff and other students are the number-one most effective preventative measure. A relationship is more than whether students “like me” as a teacher or whether the students know each other’s names. We need to know about each other as people, what we like and what we don’t like. Teachers and students should know something about each other’s personal lives, such as whether you have children or siblings. Know the names of their parents or caregivers. Remember their hobbies and share yours. The more you do all of this strategically while you teach, the more likely students (and you!) will be to do the right thing and treat others well.

In addition to what was already noted above, the cycle of ever increasing punishments is draining for educator and student alike. And far from letting children off easily, you’ll find that practices such as restorative questions are far tougher and more effective in holding students accountable when combined with interpersonal honesty, directness and emotion. I knew I was doing great with using restorative questions when students would ask, “Could you please just suspend me?”

Sure, you can just send the student to the office. And you can rationalize it by telling yourself you are saving instructional time for everyone else. But the student is coming back. Sooner or later (and sooner is better), you need to personally let the student know how their behavior affects you. I don’t just mean how their behavior affects your agenda and lesson plan. I mean you, personally. It’s the only way they’ll ever really understand the impact of their behavior. And it’s a far better way of meeting your own needs than just sending them to the office.

Do discipline FOR other staff.

You likely have staff members who are good at – and enjoy – jumping into the fray when there is a behavior crisis. These staff may be teachers, administrators, counselors or even support staff. These people are a great asset to the building. However, these people can also become the dumping ground for other people’s crises and conflicts. Most people don’t like conflict and will gladly send their troublesome students to someone else in the building to “get fixed.” But when you refer your conflicts to someone else or enable others to do so, everyone is robbed of an opportunity to learn and to build relationships. The best role for those people who both like and are good at managing conflict is to model what they know with other students and staff so that the skills spread.

Stop believing that children can grow, learn and change.

In the school where I started my career, we had something called “basic concepts.” These were for staff, not students. Each basic concept was something that all staff agreed to uphold and get better at putting into practice. The first one was: “We believe that all students can grow, learn and change.” Think about it. If you don’t believe this, then everything above is really pointless. It’s true that some people won’t change. But that’s a choice. It has nothing to do with the child’s innate ability. I found that the more I believed that everyone can grow, learn and change, the more I saw it happening.