Thanks to the School District of University City, St. Louis, Missouri, and writer Nancy Cambria, Director of Communications, for allowing us to republish this story on how basketball coach Kelvin Lee is applying restorative practices. Lee and others at University City High School have learned from the IIRP.

The team had a lot of raw athletic talent – perhaps even more so than in his days of coaching future N.B.A. stars at Chaminade College Prep in Creve Coeur.

But his new U. City players were not set in winning habits. They argued with him. They cussed each other out. They hot-dogged into turnovers and fouls. Off the court, it was cool to rattle the rules.

This wasn’t easy for a man who has held assistant coaching jobs at Texas A&M, Baylor and Saint Louis University. It wasn’t easy for a coach who had mentored Jayson Tatum, Bradley Beal and David Lee into the N.B.A.

But Lee knew two things really well: how to coach basketball, and how to coach kids through trauma and hardship into manhood.

Despite a rocky first season, he knew it was just a matter of time. It all came down to getting to know his youth and “circling-up” to build not just a team, but trusting relationships.

Circling up refers to a restorative practice in which people stand or sit in a circle and have a conversation about pressing tensions and issues. Sometimes it’s a meditation on the day’s events or the general vibe of the group. On the basketball team, players and coaches typically stand in a circle, hold hands and pass a basketball around to give everyone a turn to speak and be heard.

“The reason I like it is you can see each other’s eyes,” Lee said. “There’s equality. Everyone has equal opportunity to have a voice, and people have the opportunity to listen to a person.”

This winter, in only his second season with the Lions, Coach Lee led his University City hoopsters to a Conference Championship with a conference record of 6-1 and a season record of 15-11. It was the District’s first conference win since 1995. The incredible turnaround earned Lee Conference Coach of the Year.

The impact was felt district-wide. Alumni started coming to the games. There was genuine excitement in the school not just among students, but staff, parents and administration. Lee’s players began seeing their role in the classroom differently.

“My players are starting to walk down the high school’s hallways like ambassadors for the school,” Lee said. “Sports plays a major role in the culture of the school, especially when behavior has been an issue.”

Winning the conference was great. But, more so, Lee views the team turnaround as a victory for the District’s decision two years ago to use restorative practices in both disciplinary and everyday school settings, including on the high school basketball court.

When Lee joined the District in the summer of 2017, he was hired as a coach and as a restorative practices specialist. When he’s not on the court, he’s in the high school working with students who have broken the rules or acted out in class or who just aren’t respecting the opportunities given to them in school. He uses restorative practices, including circles, to build relationships and repair harm. He’s also coaching teachers to use the circles in their classrooms to check-in with students and talk through issues.

“My players are starting to walk down the high school’s hallways like ambassadors for the school,” Lee said. “Sports plays a major role in the culture of the school, especially when behavior has been an issue.”

It’s a simple concept, really. People who join in a circle engage in eye-to-eye contact and equal stature. The situation that brought them to the circle is discussed calmly and rationally. The person who has done harm is asked to recount what happened, and relay his or her thoughts at the time of the incident. They discuss who they think they may have affected and how they need to make things right. Those harmed by a person’s behavior or a situation are able to voice their feelings and hurt. They talk about the reality of what it’s like to go back home after something damaging happening to them in the school.

“Restorative practices really are meant to rebuild trust and repair relationships,” said Director of Student Services Gary Spiller, who hired Lee. “We do discipline with dignity.”

Heading the restorative justice position at U. City Schools was a natural fit for Lee. 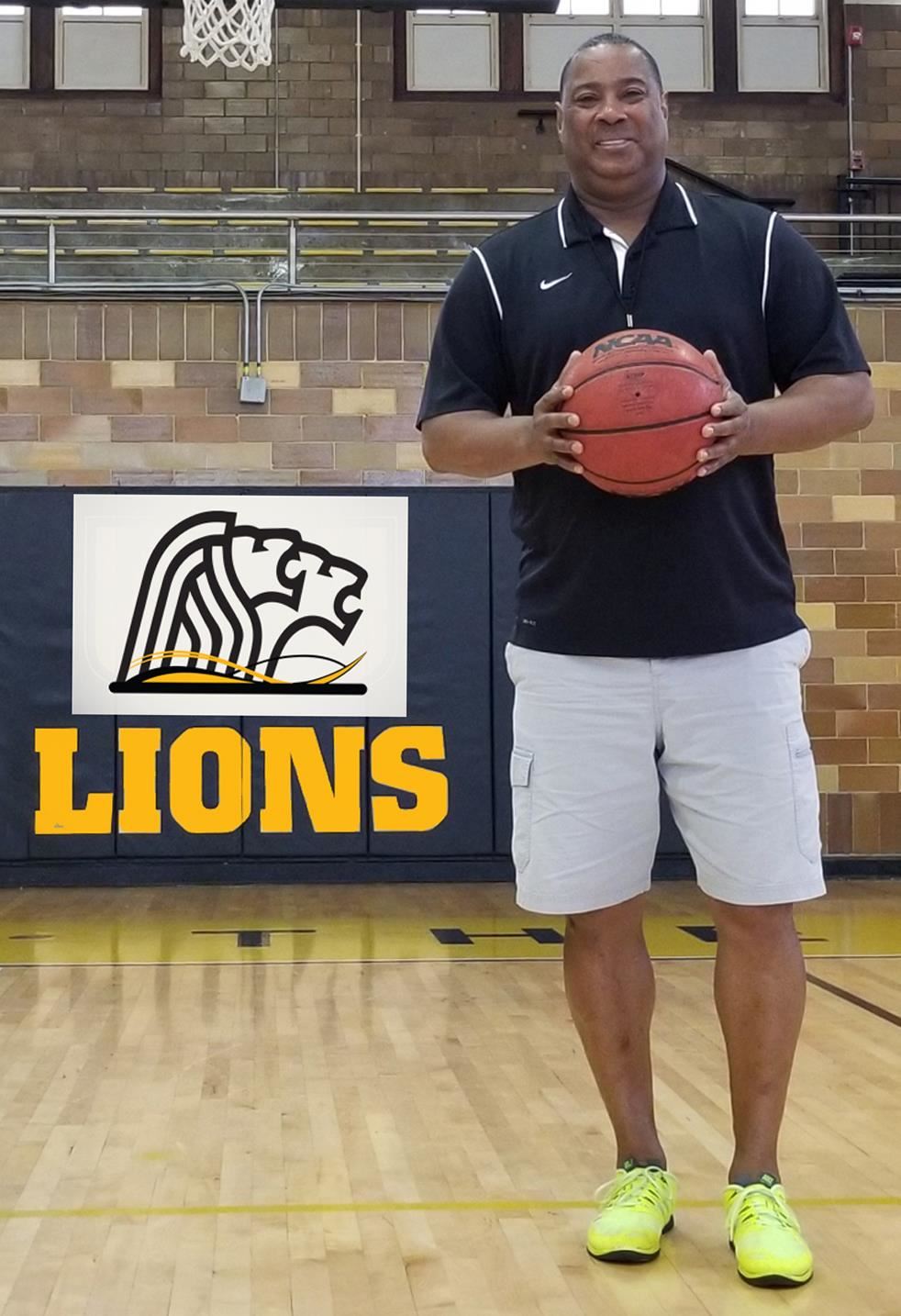 “I’ve been at the college level and at the high school level, and everywhere I’ve been, we’ve used circles. I just didn’t know that at the time this was a type of restorative practice,” he said.

Lee said the position gave him a chance to be in the school hallways everyday with his players, and to get to know them as students and as teens with a variety of challenges that sometimes include heavy issues such as poverty, loss of a parent, and neighborhood violence.

Lee’s seen a lot of bad coaching in his career, when coaches aren’t invested in the players in a humanizing way. Or, when coaches stand aloof. Or, when they don’t recognize that their negative coaching behaviors may trigger memories of past trauma in their younger players. It all backfires on the court, he said.

Lee, instead, took his coaching cues from his mentor, legendary Saint Louis University head basketball coach Charlie Spoonhour who died in 2012. Lee called Spoonhour “the best at relationships there is.”

“I learned from Charlie how to treat players,” Lee said. “It was stellar the way he treated people. He could speak and walk up to talk to anyone.”

There were a lot of factors that went into this season’s successful team: athletic prowess and grit, emerging student leaders and a great coaching staff. But Lee doesn’t downplay the power of restorative circles to build his team.

After losing to Clayton when the team fell behind after a big lead, Coach Lee held an impromptu circle on the bench as the fans trickled out of the gym. His players reflected for about 30 minutes on the loss and the personal impact of selfish play. They stayed and practiced on the court until the trust was rebuilt. The next week, they went on to pounce major contender Parkway North.

But the most profound circle was held at a Saturday practice in the High School gym in February. Things were unsettled. A player had been asked to leave the team. The team was lacking student leadership. Plays weren’t coming together. Lee had the team bring chairs into the gym and they held an hour circle – on what Black History month meant to them.

As conversations about race, inclusion and equity do, it turned to the topic of hardship and resilience. An assistant coach reflected on painful events in childhood, including losing two parents to incarceration.

“I didn’t know these things about my own assistant coach,” Lee said. “There was not a dry-eye in the circle. Everyone was crying.”

Players as young as 15 began to speak out about challenges and grit. The presence of each other in the circle was real.

“We felt more open to each other’s stuff,” said sophomore Brandon Ming of the circle. “It helped us come together as a team.”

“What’s great about the circle, is you begin to also see who the leaders are,” Lee said.

Indeed, Hampton, who was named Conference Player of the Year at season’s end, is pretty confident about things to come.

“Next, year, with more younger players coming together like that, I don’t think there will be a team that can beat us.”