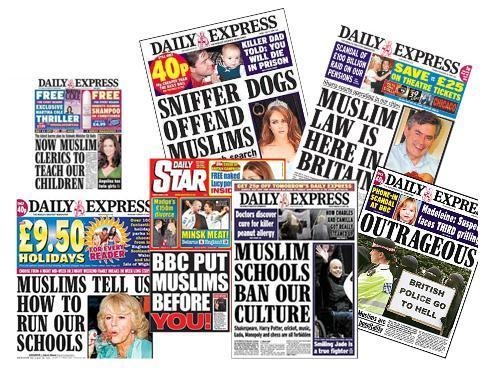 Yousiff Meah, chief director of RecoRa, will present on this work and the relationship to restorative practices at the International Institute for Restorative Practices (IIRP) Europe Dublin conference, Conflict in Europe: Meeting the Challenge.

The RecoRa Institute (Recognizing and Responding to Radicalism), based in the United Kingdom, along with partners in Germany, the Netherlands and Sweden, focuses primarily on addressing violence at an early stage by recognizing risk factors in youth and young adults. The Institute provides training to individuals in communities, service agencies and government entities, including police. Its goal is to develop a network of graduates and associate members who can collaborate to engage young people and break the cycle of violence.

While RecoRa’s work has developed independent of restorative practices, the RecoRa Perspective is fundamentally restorative: “A guiding principle of The Institute is our belief that the strength of education is our ability to see the promise in children, rather than the risk. That means viewing children and young people as filled with capacity, realised and unrealised, for healthy transformation and change.”

RecoRa offers a range of courses, including “A History of Global Jihadism,” “Grooming and Recruitment” and “Mentoring Skills for Responding to Radicalisation.” Some of the offerings also tackle specific situations, such as “Managing Extremist Offenders,” a course designed for those working with convicted terrorists and other extremist offenders in prison and upon release.

RecoRa also works with former gang members and extremists who have changed their lives and want to take what they’ve learned and put their energies back into their communities.

For example, Lenos Wilson was a leader in a gang who was a victim of the July 7, 2005 London Underground terrorist attacks, a series of three coordinated suicide bombings in which 52 people were killed and over 700 injured. Meah says Wilson eventually came to a point where he decided to change his life. He wanted to develop a new identity apart from all the negative associations of his past.

“He was very distrusted by the government for obvious reasons, and he was also mistrusted by the community, who were very scared of him,” explains Meah. “Our approach was to say, ‘We believe you want to change. How can we turn your influence that has come from your negative path into a positive?’”

Wilson established an organization called The Nonviolence Alliance and became a leader in his community. Since he knew leaders in radical organizations, he was able to step in as tensions increased or violence broke out and facilitate dialogue. 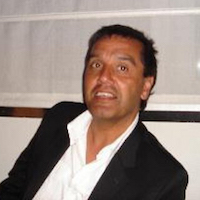 Meah says the key to helping people withdraw from negative subcultures is to acknowledge their grievances while helping them move from focusing on blame to achieving positive solutions. “Our work is informed by a lot of different issues around mental health, connectivity, engagement, wellbeing. People are psychologically restoring the harm they’ve done in a positive way.”

Meah looks forward to both teaching and learning during the conference. “What I find in restorative practices ideals and descriptions,” says Meah, “is something that succinctly captures the underlying motivations and rationales of a theory of change. But I’m also hoping to challenge people to think about the different levels at which they can operate, be it the individual level of people looking to restore themselves, to whole communities that can see self-help as part of a process for change.”

Meah has been actively involved in violence reduction research and practice for many years. He was the policy lead on reducing gang violence and Head of Youth Services for Birmingham City Council (U.K.), and in 2008 was appointed U.K. Children's Services Adviser on Preventing Violent Extremism within schools and youth service.

The Institute was the outgrowth of a 2008 report, “Recognizing and Responding to Radicalisation” (Miah, Y. & Mellis, C.), funded by the European Commission, the executive arm of the European Union. RecoRa has since organized around the idea of creating a social movement.

Learn more about Yousiff Meah and other featured speakers and register for the IIRP Europe conference.