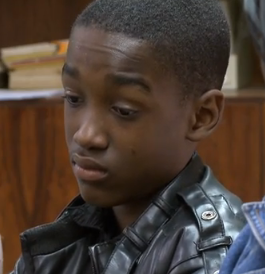 This month the Public Broadcast System in the United States is showing a documentary film titled Fixing Juvie Justice. The film provides a critique of the revolving door of youth justice, and its criminalizing effect on many youth who originally commit very minor crimes. Then it turns to an examination of restorative justice as an alternative model, and discusses some of the roots of conferencing in New Zealand.

Dr. Lauren Abramson, founder and executive director of the Community Conferencing Center in Baltimore, Maryland, USA, and Assistant Professor of Child Psychiatry at Johns Hopkins School of Medicine, is quoted throughout the video. She was a student of Sylvan Tomkins, whose theory of affect has been very useful for helping to explain what happens in a restorative conference. Abramson also describes her personal quest to find a better way to work with criminal offenders, especially young ones.

Significant time is spent looking at the Maori people of New Zealand, and the family group conference processes used there since 1989, which are based on indigenous ideas of community conflict resolution.

Around minute 30, the documentary shows excerpts of two actual community conferences that took place in Baltimore. In the first, three young boys take responsibility for a foolish, youthful prank that would have been treated as a felony had they gone to court. Instead, they were given an opportunity to meet with the victims of their crime, explain what they did, and also hear how the owners of the house they stole from were affected by their actions. In the second conference, two girls who were arrested and locked up for a name-calling incident that blew up into a fistfight and brawl. During the conference they made apologies to one another and made commitments to not repeat what they had done.

Several voices, including that of a Baltimore police officer, close out the film by arguing that communities need to be given tools to resolve conflicts themselves in order for youth to grow and communities to change.

Additionally, you may read an IIRP eForum article from 2004 about Lauren Abramson and the Community Conferencing Center in Baltimore, Maryland.