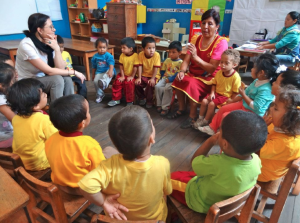 The Latin American Institute of Restorative Practices (El Instituto Latino Americano de Prácticas Restaurativas or ILAPR), IIRP’s affiliate based in Lima, Peru, has been working for three years to foster the development of restorative practices throughout South America and in Mexico. Jean Schmitz, director of ILAPR, and his colleagues, have provided basic restorative practices training to approximately 1,000 people in seven countries, including Peru, Brazil, Mexico, Argentina, Bolivia, Ecuador and Columbia. This professional development is beginning to have an impact in the fields of education and criminal justice.

In Lima, the capital of Peru, Schmitz trained a team of 30 professionals who work with adult and youth offenders in non-punitive alternative justice programs, such as those that assign community service work. Prior to the training, said Schmitz, the professionals were interested in only one thing: whether the offenders were completing their required service. Now, with restorative practices as a theoretical and practical foundation, the professionals have begun to employ circles with the offenders. In addition to the community service work, they give offenders a chance to talk to one another using a circle format, reflecting on their actions and discussing how they might repair the harm they’ve caused. During one circle Schmitz attended, he was impressed by one of the offenders, who talked about how important it was for him to learn about the experience of others in the group. The offender said he is more conscious of his own actions now. He said he believes he has righted his wrongs and no longer owes a debt to those he harmed. 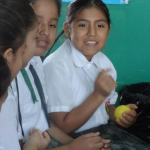 Schmitz formerly worked for an internationally-oriented Swiss NGO, Terre des hommes, which advocates for the rights of children and supports restorative juvenile justice. During that time, Schmitz was interested to learn about the IIRP’s emphasis on restorative practices and their proactive – not just responsive – possibilities. He draws an analogy from his background as a nurse. From a public health perspective, Schmitz said, restorative justice can be equated with “tertiary prevention,” the aspect of public health that is a reaction to illness that currently affects a population. Likewise, restorative justice responds to crimes that have already occurred. From this viewpoint, restorative practices correlate to primary and secondary prevention: health programs that help to prevent disease and even make populations more resilient and healthy before sickness can strike. Restorative practices build social capital and relationships before harm occurs and reduce the number and severity of crimes, which hopefully makes it easier for people to heal. 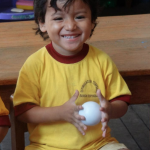 Schmitz is seeing his work making an impact even on young children. A teacher in Lima who took part in a recent training works with children who are just three and four years old. She used to seat them in rows, but now she puts them all in a circle. “She discovered the circle was magical,” Schmitz said. Even very young children can learn to use a talking piece. “The kids respect it,” he said, “and they know that whoever is holding the talking piece gets to talk and everyone else listens.” At the beginning, the teacher started asking the children very simple questions about themselves, and restricted the total time for the circle to about five minutes. As the children become more familiar with the process, she asks more thought-provoking questions, such as, “For you, what does it mean to have a friend?” “The kids love it,” said Schmitz. “They keep asking her, ‘Miss, when are we doing a circle?’ ” She reports that other teachers are also doing circles in their classes and she stays in touch with Schmitz to ask questions.

“This work is important because we are living in Latin American countries where there is a very retributive context,” said Schmitz. “It’s the most violent continent in the world, and many programs are very punitive, retributive. Even if most of the politicians are aware these programs don’t work, it is popular for them to say they’re going to strengthen penalties for crime. It is very important to bring something new, so that we can act differently. It takes time to get from one thing to the other, but we are seeing positive results. For instance, the Ministry of Education in Peru and other countries are slowly starting to implement restorative practices in schools, through a program called ‘Friendly schools.’ It’s a completely different way of acting.”

Read a Spanish language translation of this article.

Jean Schmitz recently led a basic restorative practices event, in Spanish, in Malaga, Spain, for IIRP Europe. Many of the IIRP's educational books and videos are available in Spanish and Portuguese. Visit ILAPR's web site.