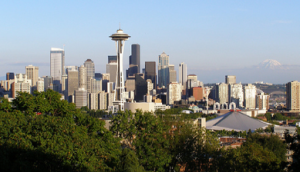 Bryan Cohen, writing at Capitol Hill Seattle Blog, reports on a new program to be piloted shortly in Seattle, Washington, to keep low-level offenders out of the criminal justice system.

Andrea Brenneke, who was involved in organizing a restorative circle for a high profile case involving the murder of a Native American carver by a Seattle policemen, will serve as director of the City of Seattle's new Restorative Justice Initiative.

Cohen quotes Stephanie Tschida, president of the East Precinct Advisory Council, who said: “It’s a good idea for some of these residents who deal with a log of ongoing drug dealing and loitering. It could be more constructive avenue to people voicing similar concerns over and over again.”

Brenneke said that it will likely target low level offenders, but could be expanded to more serious crimes or to conflict resolution more broadly throughout different communities. According to Brenneke similar programs have been successfully implemented in several cities in B.C.

The program will be designed throughout 2013 and is slated to be implemented in the East Precint in 2014. Participation in the program will be voluntary at first, but Brenneke said she plans to work with the city attorney’s office to make “restorative justice circles” become a formal alternative to pressing charges.

Read "A Restorative Circle in the Wake of a Police Shooting" by Andrea Brenneke.

10/7/13 - Update: The Capitol Hill Times also has a story on this by Tyler Mangrum. The piece concludes:

One of the larger goals of this process will be to help keep young offenders between the ages of 18-24 from continuing a lifelong pattern of criminal behavior, and as such, that age group will be the primary focus of the pilot program. If the perpetrators can be steered away from crime before becoming another penal statistic, Brenneke believes that future generations will see a drastic dip in criminal activity.

However, Brenneke was quick to emphasize that the restorative justice program will be an entirely voluntary one, and that it will not be replacing the criminal justice system within the East Precinct by any means.

“If a victim doesn’t want to participate, we’re not going to re-traumatize them and make them do it,” Brenneke said. “There are a lot of protections in place to make sure that if someone doesn’t elect to do a restorative practice, that there will still be a criminal prosecution. It will just be a parallel track, not the only track.”

The end result, Brenneke hopes, will be stronger bonds within the community rather than larger fractures, and presenting would-be criminals with a choice to turn away from crime altogether.

“It would be a dialogue where all parties can come together and understand what was done, and the significance and the meaning of that,” Brenneke said. “What the harm was, and what the underlying meaning is behind that act. It would be a practice where we can learn from conflict instead of being torn apart.”