Restorative justice: a way forward with the banks?

Earlier this summer I noted that Martin Wright received an honor at the European Forum for Restorative Justice. Here is a brand new piece by Wright, both timely and perceptive, in which he discusses the banking crisis and how white collar crime might be addressed through the use of restorative justice. In the middle of the piece Wright references John Braithwaite's influential work, Restorative Justice and Responsive Regulation, which lays out the theory and mechanism for an essentially restorative system of government oversight. 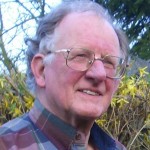 Photo of Martin Wright from littlebigpeace.com

Crime has been falling overall, according to the police, but we are in the middle of a crime wave which affects thousands of people but does not get recorded in the crime statistics.

It is hard to see how mis-selling payment protection insurance, for example, is anything other than 'obtaining pecuniary advantage by deception'; banks are paying billions of pounds in compensation to millions of customers, but are not being prosecuted, because selling worthless insurance was apparently within the letter of the law.

Hardly had that scandal left the headlines, when Barclays Bank was fined $451 million on 28 June 2012 for manipulating the LIBOR inter-bank lending rate; but the fines were imposed by the US Commodity Futures Trading Commission, the US Justice Department and the UK Financial Services Authority and do not represent a criminal conviction.

Less than a week later (2 July), the British drugmaker GlaxoSmithKline had to pay $3 billion, the largest health care fraud settlement in US history, for promoting popular antidepressants Paxil and Wellbutrin for unapproved uses. The company also will plead guilty to failing to report to the government for seven years some safety problems with diabetes drug Avandia, which was restricted in the US and banned in Europe after it was found in 2007 to sharply increase the risks of heart attacks and congestive heart failure; and Paxil (Seroxat), an anti-depressant which has been linked to suicides.The settlement included a $1 billion criminal fine and forfeiture and $2 billion to resolve civil claims, but there are no reports of individual executives being prosecuted.

As if that wasn't enough for one month, the huge HSBC bank was accused on 18 July of massive failure to prevent money laundering by drug traffickers and rogue regimes, for which fines of the order of $1 billion are expected. All this on top of the long-running sagas of Shell polluting land in Nigeria, the Chevron Corporation trying to avoid paying $8.6 billion in fines and clean-up costs for damage to the Amazonian rainforest in Ecuador (in addition to other cases involving a large oil spill off the coast of Brazil), and the even more long-lasting scandal of Bhopal, where the Dow Chemical Company is denying liability for the poisoning of thousands of people by its subsidiary Union Carbide Corporation. The shameful list goes on and on.

There are calls to prosecute and imprison individuals, rather than merely fine the companies, but putting them in the dock is expensive and they can often use legal technicalities to avoid it. It does little for the victims over and above the compensation which the bank is paying anyway. So what can be done?

We can get a clue from Australia. Around 1990, a big insurance company mis-sold insurance to Aboriginal communities - sounds familiar? Instead of the companies being prosecuted and fined, their top management was persuaded to visit the communities and meet the victims face-to-face. Some of the executives went back to the city deeply ashamed of what their company had done. Policy holders were compensated, and an Aboriginal Consumer Education Fund established. It was found that many others had been ripped off, including members of a police union - some 300,000 victims, ending with a payout of A$50 to 100 million. This benefited far more victims than prosecution would have done. (See J. Braithwaite, Restorative justice and responsive regulation, OUP 2002, pp. 22-24). Braithwaite maintains that there is a better chance of finding individuals among top management who would respond to meeting face-to-face with the human victims of their actions than of scaring them into compliance.

The idea is picked up in a report by Professor Richard Macrory CBE, QC, of University College London, Regulatory justice: Making sanctions effective. Final report (Better Regulation Executive, 2006). He recommends the use of restorative techniques in cases of regulatory non-compliance: 'Victims will often be very raw and sensitive about the physical, emotional or financial harm that has been inflicted upon them. Offenders, on the other hand, will often be very nervous about facing those they have harmed. Furthermore, the result of an RJ event will be an agreed remedy for the harm that has been caused. The agreement could amount to a significant burden on the offender, for example financial compensation or a commitment to undertake unpaid work' (para. 4.40).

So instead of letting Mr Diamond and the senior management of delinquent companies hire expensive lawyers to minimise the harm they have caused, and possibly sending them to a (probably) low-security prison, how about arranging for them to meet a selected sample of their victims? (In the case of LIBOR, it might be difficult to identify the victims, but representatives of those who had suffered from the ripple effects of the scandal could be found.)

As for reparation, as Mr Diamond reportedly has received some £100 million in the last few years, that would make a very useful contribution to one or more of the charitable trusts which promote penal and social reform - perhaps Quaker ones, in recognition of the Quaker origins of Barclays Bank, in addition to what the bank itself could contribute. He could reflect on the dictum of Andrew Carnegie, another man who made a fortune by sometimes unscrupulous means: 'The man who dies rich dies disgraced.' Reparation could include attending a comprehensive course on business ethics.

If community service were considered appropriate, he might also follow the example of John Profumo, a junior minister who committed the not-so-heinous crime of lying to Parliament; he resigned, and spent the rest of his life in the East End of London, using his abilities to help less fortunate people.

Martin Wright was director of the Howard League for Penal Reform, policy officer for Victim Support, and is active in the restorative justice movement. This post was originally licensed under a Creative Commons Attribution-NonCommercial-NoDerivs 2.0 England & Wales License via Restorative justice: a way forward with the banks? | Ekklesia.