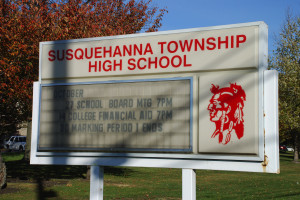 In April, a district mother asked the school board to review its bullying policies because her daughter had missed four days of school because of bullying. On May 9, a special school board meeting on school discipline — a meeting notable for shouting matches among board members, according to reports — drew parents who said their children are being or have been bullied.

On May 21, the board approved implementation of SaferSanerSchools, a $50,000, two-year program from the International Institute for Restorative Practices, Bethlehem. The program promises reduced misbehavior, bullying and suspensions, and improved instructional time and safety. Funding comes from money set aside for professional development.

The purchase includes four days of professional development over two years, as teachers and staff learn how to maintain control while also supporting students in such steps as expressing how a negative encounter affected them, building relationships with each other and with teachers, and working in discussion circles that can range from small, impromptu talks to whole-school assemblies and scripted conferences.

“Human beings change their behavior based upon the bonds we form with one another,” he said. “If strict punishment changed behavior, we would be the safest country in the world, and we are not.”

Korr said SaferSanerSchools has been implemented in about 20 school districts, including in Philadelphia, Chicago and New York City. A full list of schools was not immediately available.

The program also includes creation of groups of teachers who help lead its adoption and eventual use without IIRP assistance. Implementation for middle and high school will begin in August, as teachers prepare for the first day of school, Assistant Superintendent Kim Donahue said.

District administrators have been considering the program for several months and expect to implement it districtwide, Donahue said.

The story can also be found here.