My Classroom's Journey with Restorative Practices

Deanna L. Webb earned a Master of Restorative Practices and Education in June 2009 at the International Institute for Restorative  Practices (IIRP) Graduate School, through the one-year FastTrack  program. She is an eighth-grade special education teacher at a middle school in Easton, Pennsylvania, USA. 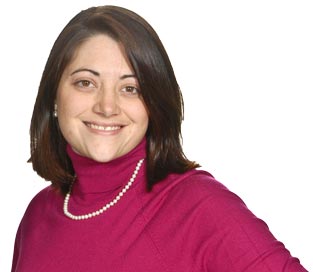 When I graduated from college with a degree in special education, I was  prepared to offer students specially designed instruction, program modifications and a variety of teaching techniques to match their individual learning styles, as well as tools and techniques they could  use to be successful with academics. What I was not prepared for, however, was the need to fill in the blanks in their lives that were not a part of the typical academic school environment. This became  especially evident when I began teaching in the emotional support setting. My students all lacked a sense of community, and consequently  they also lacked a sense of accountability. During my first few years as a teacher in this setting, I struggled to connect with students and  to keep them engaged in the school environment. Some students did very  well, but I was unable to reach others. The tools I acquired in IIRP classes and then used in my classroom allowed me to build community and  teach accountability and respect to a very challenging population of students.

The first change I made to begin building community was to rearrange  my classroom management system to reflect the new focus of our classroom. I created “Community, Inc.,” a classroom management system  that was “publicly owned; created communities; invested in  relationships and made a profit from the positive growth and relationships it created.” In this new system every student had a job,  along with responsibilities to the overall “company.” My classroom had  “corporate meetings” at least twice a day, and sometimes more frequently if we needed to address an issue in the classroom. “Community, Inc.” pushed the typical boundaries of classroom rules to a system where the students decided the norms of behavior in the classroom, along with how each student would be held accountable, not  just to the teacher and administration, but also to the community as a  whole.

During this process, I implemented many of the tools I learned from  IIRP into “Community, Inc.’s” day-to-day workings. The first tool we focused on was the Restorative Questions. Whenever there was an  incident in the classroom in which someone engaged in challenging behavior, that child was asked the five Restorative Questions (What happened? What were you thinking at the time? Who was affected and how?  What are you thinking now? What can you do to help those who were  affected?) After answering the questions with the help of the support  staff (myself and my partner, a mental health worker), the student  checked in with the class. This check-in process involved talking about the answers to the questions and then listening to the group as they  offered insight or feedback on the situation, including what they  wanted to happen to make things right.

An example of this process involved Tony, a student who was  deliberately defiant with the staff and intentionally disrupted his peers as they attempted to complete a test, because he had been given a  poor grade for failing to complete his homework. As the day went on,  Tony’s behavior became more and more uncontrollable. Even after almost  two hours of counseling with his parents, social workers, therapists  and teachers, Tony continued to engage in dangerous and threatening  behavior until he was taken by ambulance to a hospital to be evaluated.

When he returned to school a few days later, Tony answered the Restorative Questions and checked in with the community. At first he  seemed reluctant to check in and was nonchalant about his behavior,  accepting only limited responsibility. However, when his peers began   answering the other set of Restorative Questions, relating to how they had been harmed, what they had thought about when the incident was  happening, what impact it had on them, what had been the hardest thing  for them and what they wanted to happen to make things right, it  created an emotional outpouring.

Tony’s peers told him how frustrated they were with his behavior and how embarrassed it had made them. They said they were afraid that their  non-disabled peers would view them differently because they were in the  same class with Tony, who had been taken away in an ambulance. One boy  said he felt unsafe around Tony because of his behavior and because he  wasn’t sure how Tony would react to other situations.

The students’ feedback left an indelible mark on Tony. He listened, then quietly left the circle to sit in a separate area of the classroom. After a short time, I went to talk to him alone and saw that he had been crying quietly. He said he hadn’t realized how upset he’d made his peers and that he was embarrassed by his behavior. He decided  to write a letter to each of his peers, apologizing for how they had  been negatively affected. He also made a plan, which was posted on his  desk and made known to all, about how he would handle his frustration  the next time he was upset and would seek their help to do the right  thing. This situation allowed the class to grow together as a community, be more comfortable expressing their feelings aloud, and  hold each other accountable while still being supportive and willing to fix harms that occurred.

The second tool implemented and practiced within “Community, Inc.”  was the Compass of Shame. This tool, created by Donald Nathanson,  allows people to see shame as a common feeling and to identify their own negative ways of handling shame by examining the four poles on the compass: Attack Other, Attack Self, Withdrawal and Avoidance. We explored these concepts in the classroom by identifying scenarios  within popular music videos and songs and discussing how the characters  handled their shame. We also did short role plays demonstrating what each pole might look like. Soon we encountered a real-life example.

Each eighth-grade student is required to take a variety of classes, including sewing. John had been doing fine in sewing class until the teacher asked him to sweep the floor at the end of class to clean up the sewing scraps. John adamantly refused, cursing at his teacher. Viewing his reaction as defiance and disrespect, she contacted me, his case manager, to deal with it or refer it to the principal. I returned  with John to the classroom and gave him space to calm down. First we  discussed the Restorative Questions. He then physically processed his feelings by standing on his chosen poles of a large Compass of Shame,  placed on the floor.

This is the story John told about what had happened: He admitted that  he had been embarrassed to be seen cleaning up after the other kids and  said he thought they would make fun of him because he came from a very  poor family and didn’t always have clean clothes to wear like they did.  Using the Compass of Shame to identify his feelings of embarrassment and isolation as part of the “umbrella” feeling of shame, John could  see that, in lashing out verbally at his teacher, he had gone directly  to Attack Other on the Compass. He recognized that this did not solve his problem but only created more problems for himself. As he continued to talk through the Restorative Questions, he decided to write a letter  of apology to the teacher. In it, he expressed how he felt and took responsibility for the inappropriate way he had handled the situation.  He read the letter aloud to the teacher and volunteered to help her  clean up after school. (I offered to go with John to approach her, but he wanted to do it on his own.)

The teacher was very receptive when John approached her, telling him  how she had felt when he swore in her classroom and refused to follow  her directions. She was able to see where he was coming from and  accepted his offer of assistance. John spent almost every day after  school in her room for the remainder of the semester, cleaning up,  setting up the sewing machines and making extra-credit projects to give  to his family and teachers. The open and honest discussion and the use  of the two tools allowed John and his teacher to establish a stronger  relationship, built on trust and communication. John not only earned an A+ in the class, but he also created a permanent ally in the teacher.

Throughout the year, other tools and practices were implemented  within “Community, Inc.” leading to great success and a strong sense of  community and accountability within the classroom. The students were so  proud of what they had accomplished that they decided to document their success by creating a symbol of what was important to them. They worked together during study halls to build a handmade wooden puzzle  representing their core values and then created a video about what they  had learned. They debuted this video in the auditorium on a jumbo  screen for the administration, teachers, parents and other students. It  was a remarkable declaration of their success and growth.

Not only were these students’ academic needs met through specially  designed instruction and program modifications offered in a special  education classroom, but they also learned ways to handle tough  situations and to support each other as a community. They learned about  accountability and how their actions have ripple effects on people  around them who care about them. Ultimately, I think the most important thing they learned was that even if they made a mistake, they possessed the tools to repair any harm. I, too, had now found my own set of tools  to successfully work with these challenging students and help fill in  the gaps in their lives.